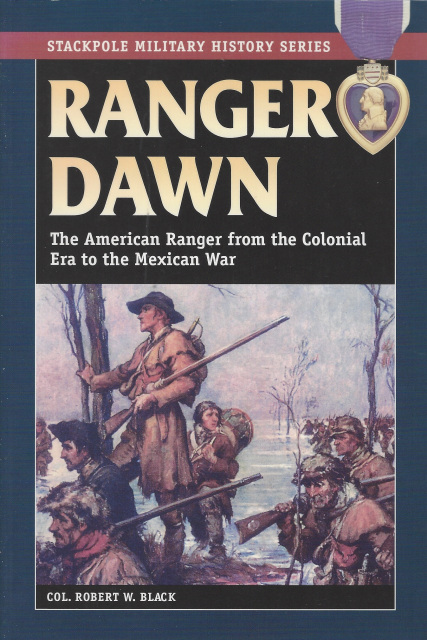 RANGER DAWN: THE AMERICAN RANGER FROM THE COLONIAL ERA TO THE MEXICAN WAR by Robert W. Black

Ranger Dawn: The American Ranger from the Colonial Era to the Mexican War by Robert W. Black

Ranger expert Robert W. Black adds a new chapter to his story of the American Rangers, beginning with the birth of the Ranger concept in the 1600s and tracking Rangers through the French and Indian War, the American Revolution, the War of 1812, the Texas War of Independence, and the Mexican-American War. For much of this period, Rangers were independent groups of citizen-soldiers under men like Robert Rogers, Francis Marion, and George Rogers Clark who patrolled, scouted, and made hit-and-run attacks in the wilderness of the American frontier. These early battles form an essential part of a Ranger legacy that continues into modern times.