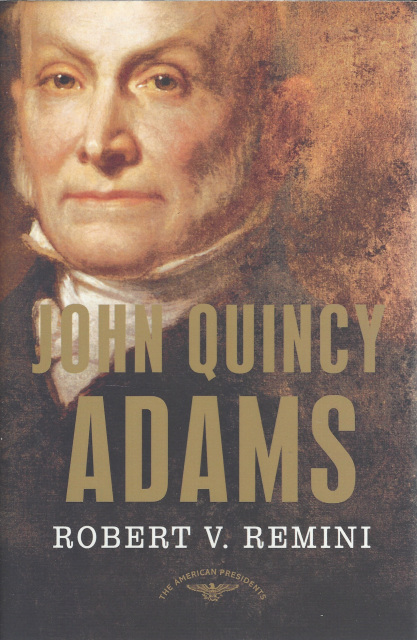 Heavy were the burdens of John Quincy Adams's upbringing. Son of the forbidding John Adams and the domineering Abigail, puritanical New Englanders both, he was driven from the earliest age to a life of faith, observance, and public distinction -- a life that was considered to be his birthright and his obligation. While his natural tendencies were toward a contemplative life filled with art and literature, his path was predestined -- the law and then public service. It is no wonder that later, as a grown man, accomplished and admired, he was spoken of as cold and austere, even misanthropic.

Adams's career suffered little from his demeanor. A learned and well-traveled intellectual as well as a shrewd negotiator, Adams rose through the diplomatic ranks, eventually serving as a dynamic and influential secretary of state under President James Monroe. Int his role, he helped solidify many basic cornerstones of American foreign policy, including the Monroe Doctrine. The greatest triumph of this period was undoubtedly his negotiation of the Transcontinental Treaty, through which Spain acknowledged Florida to be a part of the United States.

Eventually, Adams arrived in the White House, chosen by the House of Representatives after an inconclusive election against Andrew Jackson. His administration, however, had less of a long-term impact than much of Adams's pre-and post-presidential endeavors. He often failed to mesh with the ethos of his time, pushing unsuccessfully, for example, for a strong, consolidated national government. After leaving office, Adams served nine consecutive terms in the House, earning the nickname "Old Man Eloquent" for his passionate antislavery oratory.

Award-winning historian Robert V. Remini offers us a fascinating portrait of a brilliant and complex man and of a truly influential American life.