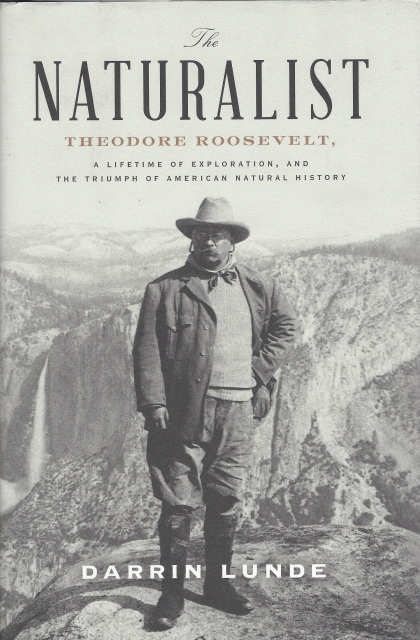 No U.S. president is more popularly associated with nature and wildlife than is Theodore Roosevelt -- prodigious hunter, tireless adventurer, and ardent conservationist. We think of him as a larger-than-life original, yet in THE NATURALIST, Darrin Lunde has firmly situated Roosevelt's indomitable curiosity about the natural world in the tradition of museum naturalism. As a child, Roosevelt actively modeled himself on the men who pioneered this key branch of biology -- basing their work on the experiential study of nature. The impact that these scientists and their trailblazing methods had on Roosevelt shaped not only his audacious personality but his entire career, informing his work as a statesman and ultimately affecting generations of Americans' relationships with this country's wilderness.

Drawing upon Roosevelt's diaries and travel journals as well as Lunde's own role as a leading figure in museum naturalism today, THE NATURALIST reads Roosevelt through the lens of his love for nature. From his teenage years of collecting birds and small mammals through his time at Harvard and his political rise, Roosevelt had a fascination with wildlife and exploration that culminated in his triumphant expedition to Africa, a trip that he himself considered to be the apex of his varied life. With narrative verve, Lunde brings his singular experience to bear on our twenty-sixth president's life and constructs a perceptively researched and insightful history that tracks Roosevelt's maturation from exuberant boyhood hunter to vital champion of serious scientific inquiry.

THERE IS A RED "CLOSEOUT/REMAINDER" MARK ON THE BOTTOM PAGE EDGES.....