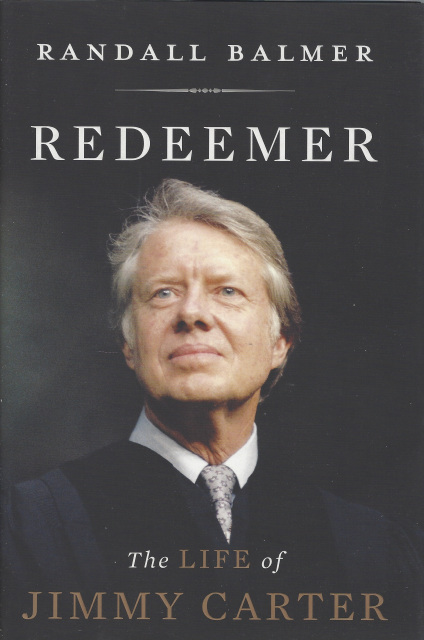 REDEEMER: THE LIFE OF JIMMY CARTER by Randall Balmer

Redeemer: The Life of Jimmy Carter by Randall Balmer

Evangelical Christianity and conservative politics are today seen as inseparable. But when Jimmy Carter, a Democrat and a born-again Christian, won the presidency in 1976, he owed his victory in part to American evangelicals, who responded to his open religiosity and his rejection of the moral bankruptcy of the Nixon administration. Carter, running as a representative of the New South, articulated a progressive strand of American Christianity that championed liberal ideals, racial equality, and social justice -- one that has almost been forgotten since.

In Redeemer, acclaimed religious historian Randall Balmer reveals how the rise and fall of Jimmy Carter's political fortunes mirrored the transformation of American religious politics. From his beginnings as a humble peanut farmer to the galvanizing politician who rode a re-energized religious movement into the White House, Carter's life and career mark him as the last great figure in America's long and venerable history of progressive evangelicalism. Although he stumbled early in his career -- courting segregationists during his second campaign for Georgia governor -- Carter's run for president marked a return to the progressive principles of his faith and helped re-energize the evangelical movement. Responding to his message of racial justice, women's rights, and concern for the plight of the poor, evangelicals across the country helped propel Carter to office. Yet four years later, those very same voters abandoned him for Ronald Reagan and the Republican Party. Carter's defeat signaled the eclipse of progressive evangelicalism and the rise of the Religious Right, which popularized a dramatically different understanding of faith, one rooted in nationalism, individualism, and free-market capitalism.

An illuminating biography of our 39th president, Redeemer presents Jimmy Carter as the last great standard-bearer of an important strand of American Christianity, and provides an original and riveting account of the moments that transformed our political landscape in the 1970s and 1980s.