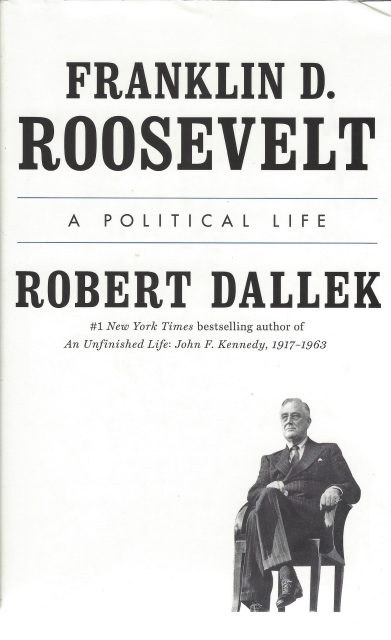 In an era of great national divisiveness, there could not be a more timely biography of one of our greatest presidents than one that focuses on his unparalleled strategic skills as a unifier and a consensus maker. Robert Dallek's FRANKLIN D. ROOSEVELT: A POLITICAL LIFE takes a fresh look at the many compelling questions of his remarkable presidency: How did a man who came from so privileged a background become one of the greatest champions of the country's needy? How did someone who never won recognition for his intellect foster such revolutionary innovations in our economic and social institutions? How did Roosevelt bring about such a profound change in America's foreign relations, leading it from isolationism to become an international superpower?

By the time he became president, Roosevelt already commanded the respect and affection of millions of people through his services as assistant secretary of the Navy and governor of New York. Although many of his biographers agree that the onset of polio at the age of thirty-nine endowed him with a much greater sense of humanity, Dallek views that affliction as an insufficient explanation for his transformation into a masterful politician who would win an unprecedented four presidential terms and advance a remarkably progressive agenda. He attributes Roosevelt's success to two perceptive political insights. First, he made the presidency the central, most influential institution in the political system. Under his watch the country was able to recover from the Depression and entered World War II, but more controversially, he used that power in an unsuccessful attempt to pack the Supreme Court. Second, he understood that effectiveness in the American political system depended on building consensus and commanding stable, long-term popular support. In addressing the country's international and domestic challenges, Roosevelt recognized the critical importance of remaining attentive to the full range of public sentiment regarding policy decisions -- perhaps his most important lesson in effective leadership, and one that remains vital today.