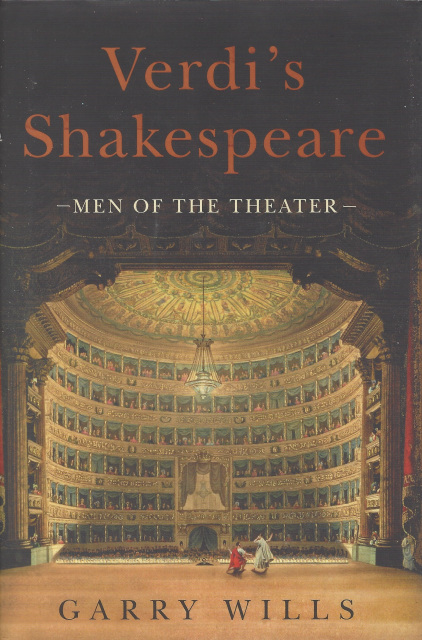 In this dazzling study of the three operas that Verdi adapted from Shakespeare, Pulitzer Prize winner and lifelong opera devotee Garry Wills explores the writing and staging of these triumphant works: MACBETH< OTELLO, and FALSTAFF. An Italian composer who could not read a word of English but adored Shakespeare, Verdi devoted himself to operatic productions that incorporated the playwright's texts. Wills delves into the fast-paced worlds of these men of the theater as they contended with every possible obstacle while bringing these tours de force to the stage. The two men worked in theater conditions with many similarities. Both were supplying pieces on a heavy schedule to audiences with a voracious appetite for what they wrote. Both were producing two major theatrical works a year at the most intense times and were engaged in other poetic or musical compositions, as well as managerial and directorial duties along the way. Both were busy in the companies they worked with, active at each stage of the production of the plays and operas, Shakespeare as an actor in his own and others' plays, Verdi as a vocal coach and director. Theirs was a hands-on life of the stage, and this is a close study of the three stories that moved both men to produce some of their greatest works.

With fascinating portraits of these artistic giants and their entourages, sharp insights into music and theater, and telling historical details, VERDI'S SHAKESPEARE recreates the conditions that allowed Verdi to complete his masterpieces and illuminates the very nature of artistic creation.