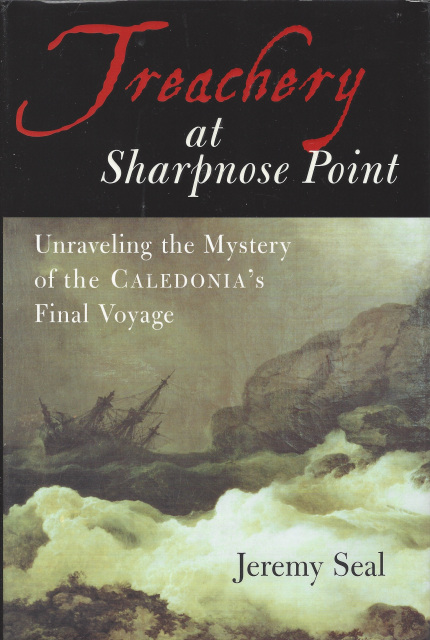 While walking through a cliff-top graveyard in the village of Morwenstow on the coast of Cornwall, the author encounters a wooden Scottish maiden trimmed with emblems and a shield. At first, Seal presumes the maiden is merely an elaborate headstone. But upon closer inspection, he realizes that the maiden, now a guardian for the graves she overlooks, was once the figurehead of a merchant ship. He learns that she adorned the CALEDONIA, a ship wrecked on the English coast in 1842, and that the crew had been benevolently buried there by the villagers. Further investigation leeds to suspect those villagers, and chiefly the village's parson, Robert Hawker, for the CALEDONIA'S sudden demise. Though no one has ever been brought to court for "wrecking" -- luring ships ashore to loot the cargo -- it's a commonly held belief that this did take place. But, is that what happened in Morwenstow, a village cruelly perched above a jagged, inhospitable shore?

Having meticulously researched maritime logs and burial registers, broadsides of the day, diary entries, and other first-hand documents, Seal weaves history, travelogue, and imaginative narrative into this marvelous piece of detective work, bringing us a mystery of the best kind -- the sort that really did happen.