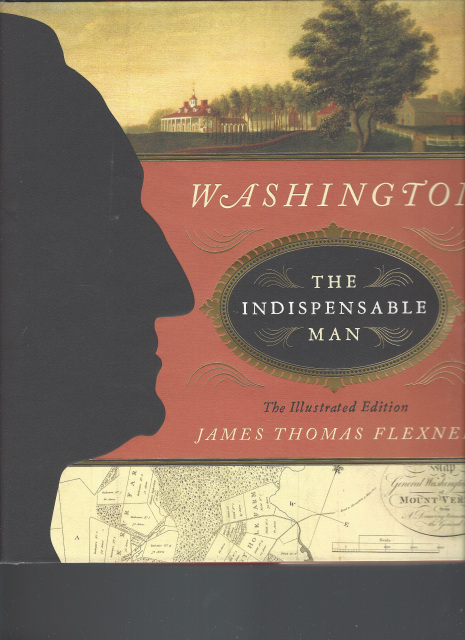 In his multiple award-winning four-volume biography, historian James Thomas Flexner vividly describes George Washington's indispensable role in the creation of the United States while also revealing the man behind "the marble image." This updated edition -- based on the bestselling 1974 one-volume abridgment -- offers an even richer, fuller perspective of Washington's character and career through period portraits, rare maps, and historical documents.

Believing that no American is more completely misunderstood than George Washington, Flexner separates the man and his deeds from the legends and myths that have become linked to his memory. He begins with a young Washington, a land surveyor shaped by the wilderness, who entered the world stage through his early military experiences during the beginning of the French and Indian War. Flexner then takes us through Washington's Revolutionary War years as commander in chief of the Continental army, from ark moments like the catastrophic British assault against Fort Washington to dramatic triumphs such as the successful raids on Trenton and Princeton. After the war, the Colonies' passionate soldier becomes an amiable planter and then America's first president at the Constitutional Convention. Over the course of two presidential terms, we are witness to the administration's achievements and failures, culminating in Washington's Farewell Address, now considered a groundbreaking statement of American political values. And finally, we look at this powerful man's final years after more than four decades in offices, which left him exhausted physically, mentally, and financially. Throughout his lifetime, Washington held a country together, kept the Continental army intact against great odds, and presided over a nation philosophically divided in culture, opinion, and practice -- making him, by all accounts, the "indispensable man" in American history.

Over two hundred images new to this edition, pull-out historical military maps, revealing personal letters by Washington, and in-depth sidebars on a wide range of subjects -- from Peale and Stuart, the two most prominent portrait painters during Colonial times, the United States' first, secret underground spy network, and Thomas Paine's pamphlet, read by Washington to inspire his soldiers during their fight against the British -- provide fresh perspectives and supplemental commentaries on Flexner's classic account.