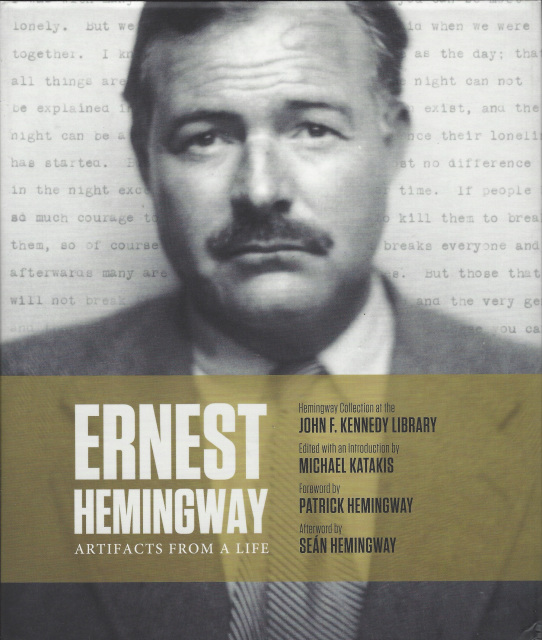 ERNEST HEMINGWAY: ARTIFACTS FROM A LIFE, Edited by Michael Katakis

Ernest Hemingway: Artifacts from a Life, Edited by Michael Katakis

Beautifully designed, intimate and illuminating, this is the story of American icon Ernest Hemingway's life through the documents, photographs and miscellany he kept, compiled by the steward of the Hemingway estate and featuring contributions by his son and grandson.

For many people, Ernest Hemingway remains more a compilation of myths than a person: soldier, sportsman, lover, expat and, of course, writer. But the actual life underneath these various legends remains elusive. What did he look like as a laughing child or young soldier? What did he say in his most personal letters? How did the train tickets he held on his way from France to Spain or across the American Midwest transform him, and what kind of notes, for future stories or otherwise, did he take on these journeys?

ERNEST HEMINGWAY: ARTIFACTS FROM A LIFE answers these questions and many others. Edited and with an introducation by the manager of the Hemingway estate, featuring a foreword by Hemingway's son Patrick and an afterword by his grandson Sean, this rich and illuminating book tells the story of a major American icon through the objects he touched, the moments he saw, the thoughts he had every day. Featuring more than four hundred dazzling images from every stage and facet of Hemingway's life, many of them never previously published, this volume is a portrait unlike any other. From photos of Hemingway running with the bulls in Spain to candid letters he wrote to his wives and his publishers, it is a one-of-a-kind, stunning tribute to one of the most titanic figures in literature.