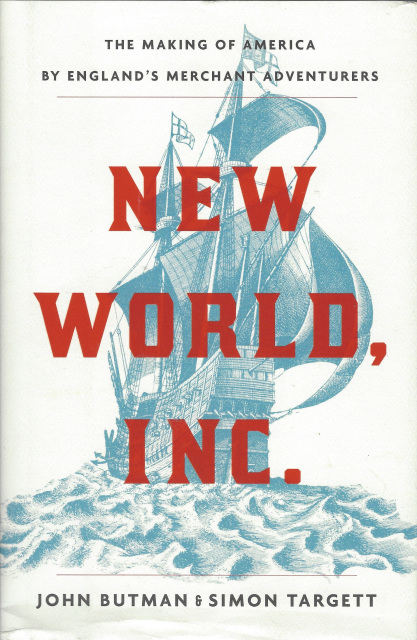 Some seventy years before the Mayflower sailed, a small group of English merchants formed "The Mysterie, Company, and Fellowship of Merchant Adventurers for the Discovery of Regions, Dominions, Islands, and Places Unknown," one of the world's first joint-stock companies. Back then, in the mid-sixteenth century, England was a small and relatively insignificant kingdom on the periphery of Europe, and it had begun to face a daunting array of social, commercial, and political problems. Struggling with a single export -- woolen cloth -- the merchants were forced to seek new markets and trading partners, especially as political discord followed the straitened circumstances in which so many English people found themselves.

At first the merchants headed east, and dreamed of Cathy -- China, with its silks and exotic luxuries. Eventually, they turned west, and so began a new chapter in world history. The work of reaching the New World required the very latest in navigational science as well as an extraordinary appetite for risk. As this absorbing account shows, innovation and risk-taking were at the heart of the settlement of America, as was the profit motive. Trade and business drove English interest in establishing colonies, and determined what happened once their ships reached the New World.

The result of extensive archival work and a bold interpretation of the historical record, NEW WORLD, INC. draws a portrait of life in London, on the Atlantic, and across the New World that offers a fresh analysis of the founding of America. In the tradition of the best works of history that make us reconsider the past and better understand the present, John Butman and Simon Targett examine the enterprising spirit that inspired European settlement of America and established a national culture of entrepreneurship and innovation that continues to this day.