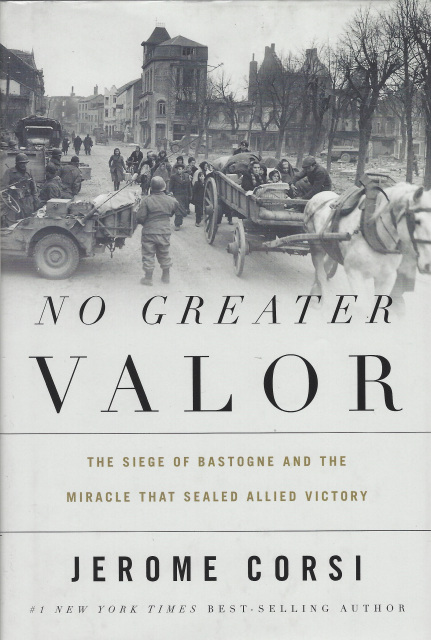 NO GREATER VALOR: THE SIEGE OF BASTOGNE AND THE MIRACLE THAT SEALED ALLIED VICTORY by Jerome Corsi

No Greater Valor: The Siege of Bastogne and the Miracle that Sealed Allied Victory by Jerome Corsi

If the Nazis took the Belgian crossroads of Bastogne, the war could be lost. In December 1944, outgunned and under-equipped U.S. forces led by the Screaming Eagles of the 101st Airborne ground Hitler's troops to a standstill.

Their triumph defied belief and saved the world.

How did the Americans who fought at Bastogne explain their victory? Simple. They had witnessed a Christmas miracle.

Is it too far-fetched, too politically incorrect, to believe that faith can win a war? Have we become so jaded by our secular culture that we no longer appreciate the courage and determination with which a God-fearing military enters into combat?

In No Greater Valor, Corsi undertakes a case study in military faith -- a faith the soldiers of the 101st embraced, and which won them an impossible victory against the greatest evil the world has ever known.