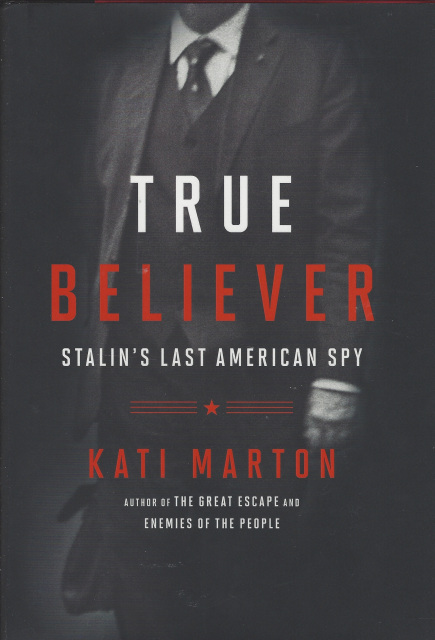 In a plot worthy of a John Le Carre, TRUE BELIEVER transports the reader to a turbulent era in which fascism and Communism are on the rise and America retreats from the world. Noel Field joined the secret underground of the international Communist movement during a time of national collapse, when Communism promised the righting of all social and political wrongs. Many in Field's generation were seduced by its siren song, but none paid a higher price for his betrayal of his country and family than Field.

With a reporter's eye and a historian's grasp of the cataclysmic events of the twentieth century, Kati Marton captures Field's futile and tragic quest for a life of meaning, which caused his and his family's near destruction. Marton gained access to previously unavailable Soviet secret police records, reporting on figures from Alger Hiss, CIA Director Allen Dulles, and "Wild Bill" Donovan to Josef Stalin. She also had access to Field family correspondence, which offers an intimate portrait of the human drama.

The story of an idealistic young American captured by a poisonous belief and manipulated by demagogues, TRUE BELIEVER is a book for our troubled time.