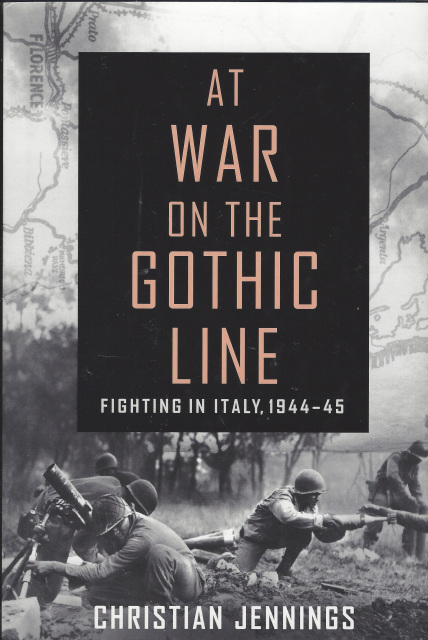 AT WAR ON THE GOTHIC LINE: FIGHTING IN ITALY, 1944-45 by Christian Jennings

At War on the Gothic Line: Fighting in Italy, 1944-45 by Christian Jennings

As the allies stormed across Normandy in late summer 1944, another strategically vital, yet unsung, campaign was being fought across the mountainous terrain of northern Italy. A vast international army of twelve different nationalities, spearheaded by 100,000 Americans, had to break through the Gothic Line, a rugged barrier of German defensive positions that stretched from the Adriatic coast to the Mediterranean. In this fast-paced narrative of a year at war, veteran foreign correspondent and historian Christian Jennings provides an unprecedented look inside these crucial, bloody battles through the eyes of thirteen men and women from seven different countries. A young Japanese-American lieutenant wins the Congressional Medal of Honor by storming German machine-gun positions, a racially segregated African-American unit goes head-to-head with dug-in Germans, while an American major on a secret mission behind enemy lines is murdered by his own men for thousands of dollars in gold coins. A unit led by a one-armed Waffen-SSmajor commits some of the most serious war crimes in Europe, while British, Canadian, Polish, and Indian soldiers storm mountain redoubts and defend towns alongside Italian partisans. This is the story of the brutal fighting on the Gothic Line, history and war brought vividly to life in an unmissable book for the enlightened American patriot.