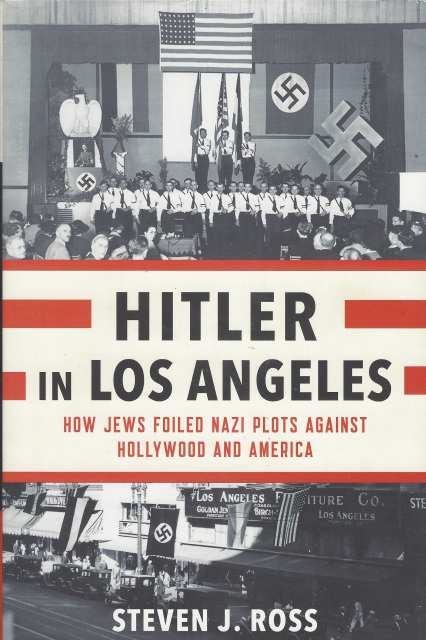 No American city was more important to the Nazis in the run-up to World War II than Los Angeles, home to Hollywood, the greatest propaganda machine in the world. The Nazis plotted to hang twenty prominent entertainment figures, including Al Jolson, Charlie Chaplin, and Samuel Goldwyn; drive through Boyle Heights and machine-gun as many Jews as possible; blow up defense installations; and seize munitions from National Guard armories along the Pacific Coast.

Acclaimed historian Steven J. Ross reveals that while United States law enforcement agencies were busily monitoring Reds instead of Nazis, Jewish attorney Leon Lewis recruited military veterans and their wives to infiltrate eery Nazi and fascist group in Los Angles, in which they often rose to leadership positions. From 1933 until the end of World War II, this daring ring of spies uncovered and foiled numerous plans for death and destruction. Ross also shares his startling discovery that Los Angeles German general consul Georg Gyssling, the most hated man in Hollywood, was secretly passing valuable information about Nazi plans for the day Hitler declared war on the United States.

Featuring a large cast of Nazis, undercover agents, and colorful supporting players, HITLER IN LOS ANGELES tells the suspenseful story of the brave efforts of Lewis and his spy network in a time when hate groups had moved from the margins to the mainstream and our national security was in jeopardy.