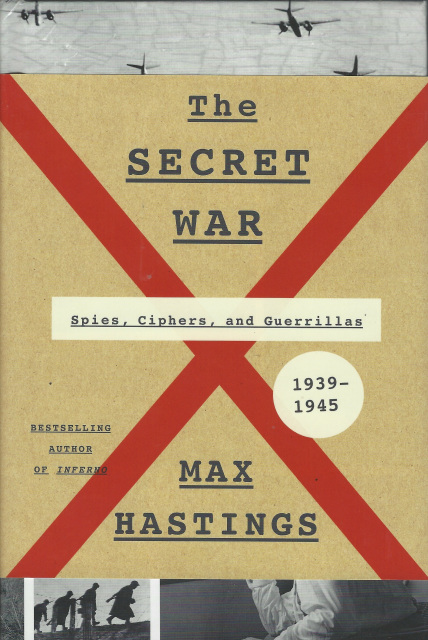 Spies, codes, and guerrillas played unprecedentedly critical roles in the Second World War, exploited by every nation in the struggle to gain secret knowledge of its foes and sow havoc behind the fronts. In THE SECRET WAR, Max Hastings presents a worldwide cast of characters and extraordinary sagas of intelligence and resistance to create a new perspective on the greatest conflict in history.

THE SECRET WAR considers not only Alan Turing and the codebreaking geniuses of Bletchley Park but also their German counterparts. Hastings plots the fabulous espionage networks created by the Soviet Union in Germany, Japan, Britain, and the United States. He examines the role of Britain's Special Operations Executive SOE) and America's Office of Strategic Services (OSS) as sponsors of guerrilla war, and tells the almost unknown story of Ronald Seth, an SOE agent who was turned by the Germans.

THE SECRET WAR links tales of high courage ashore, at sea, and in the air to the work of the brilliant "boffins" at home, who battled the enemy's technology. Hasting's history is high policy and human drama, mingled in the fashion that has made international bestsellers of his previous works.