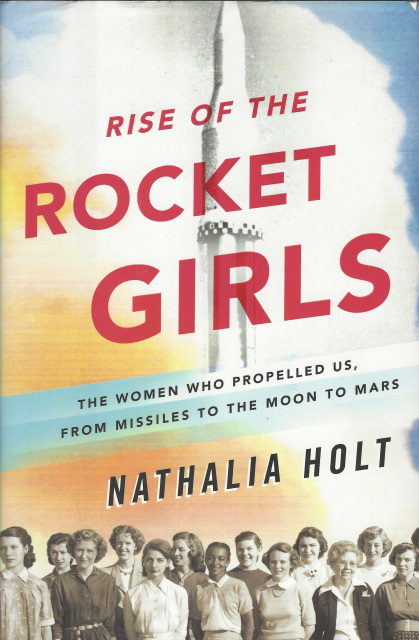 RISE OF THE ROCKET GIRLS: THE WOMEN WHO PROPELLED US, FROM MISSILES TO THE MOON TO MARS by Nathalia Holt

Rise of the Rocket Girls: The Women Who Propelled Us, From Missiles to the Moon to Mars by Nathalia Holt

But they were never interested in developing weapons -- their hearts lay in the dream of space exploration. So then JPL became part of a new agency called NASA, the computers worked on the first probes to the moon, Venus, Mars, and beyond. Later, as digital computers largely replaced human ones, JPL was unique in training and retaining its brilliant pool of women. They became the first computer programmers and engineers, and through their efforts we launched the ships that showed us the contours of our solar system.

For the first time, RISE OF THE ROCKET GIRLS tells the stories of these women who charted a course not only for the future of space exploration but also for the prospects of female scientists. Based on extensive research and interviews with the living members of the team, RISE OF THE ROCKET GIRLS offers a unique perspective on the role of women in science, illuminating both where we've been and the far reaches of space to which we're heading.