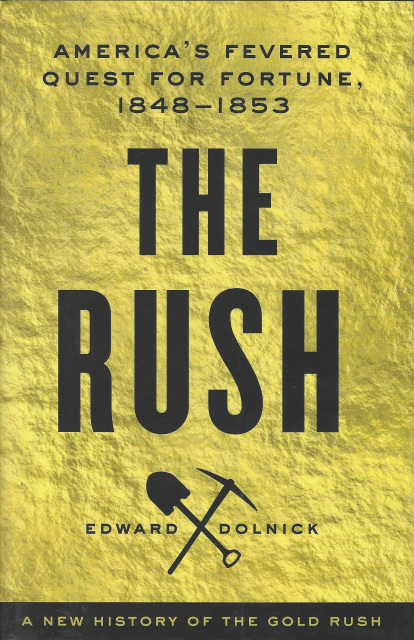 The story of the gold rush is American history on fast-forward. In a frenzied five-year span, crucial themes -- movement west, the belief in luck and pluck and a fresh start, clashing of cultures, a focus on material success -- all burst forth in a fever whose aftereffects the country is still shaking off. The Declaration of Independence gave U.S. citizens the right to pursue happiness; the gold rush promised them the chance to catch it.

Americans lost their minds, and so did people the world over. Hundreds of thousands of men and women left their families, quit their jobs, and allowed themselves -- for the first time ever -- to imagine a future of ease and splendor.

Drawing upon a rich trove of diaries and letters, award-winning writer Edward Dolnick tells a story of the gold rush that is more intimate and engaging than any previous account. We are in the wagons during the treacherous westward journey, and we sit amid the hectic clamor of the goldfields and the rowdy cities that sprang from nothing into jam-packed chaos. With an enthralling cast of characters and scenes of unimaginable wealth and desperate ruin, The Rush is a fascinating -- and rollicking -- telling of the greatest treasure hunt the world has ever seen. But it is more than a tale of individuals caught up in a fever dream. The gold rush transformed America. And in an era of IPOs, Wall Street riches and the belief that we are all only a lottery ticket away from our own gold rush, Dolnick's brilliant history is more relevant than ever.