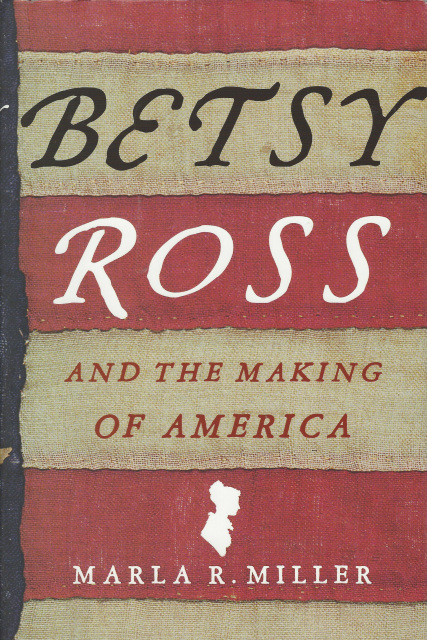 BETSY ROSS AND THE MAKING OF AMERICA by Marla R. Miller

Betsy Ross and the Making of America by Marla R. Miller

Legend has it that as the American colonies hurtled toward independence, representatives of the Continental Congress, including George Washington, walked into Betsy Ross's Philadelphia upholstery shop and commissioned the first flag of the Revolutionary nation. Although this story has long made Betsy Ross one of America's most celebrated patriots, little had been known until now about the woman behind the flag.

Drawing on new sources and bringing a fresh, keen eye to the fabled creator of "the first flag," Marla R. Miller thoroughly reconstructs the life behind the legend. This authoritative and thoughtful work provides a close look at the famous seamstress, and along the way delivers an epic depiction of the tensions that animated life in Revolutionary Philadelphia, the events that tore families apart, and the challenges that bound them together. At the same time, Miller casts new light on the lives of the hardworking artisan families who peopled the young nation and crafted its furniture, clothing, ships, and homes.

A newlywed craftswoman when rebellion erupted, Betsy would marry, and bury, three husbands over the course of her eighty-four years; the mother of seven daughters and grandmother to more than two dozen children, she helped raise several nieces as well. Betsy and her family navigated the many dangers occasioned by the revolt that her first husband John Ross's family was busily fomenting. Ross would be dead before independence was declared, but as the wife of privateer John Ashburn and then soldier-turned privateer John Claypoole, Betsy's fate remained closely tied to that of the Revolution. Long after victory was achieved, Betsy continued to make flags for the new nation; her work flew over garrisons from New Orleans to the Great Lakes, from the Mississippi Valley to the Delaware River. When she died in 1836, surrounded by a large and loving family, she could reflect on a career that spanned more than five decades, and a long, event-filled life, one in which she "never knew what it was to want employment."

Betsy Ross occupies a sacred space in the American consciousness, and Miller's winning narrative finally does her justice. This history of the ordinary craftspeople of the Revolutionary War and their most famous representative will be the definitive volume for years to come.