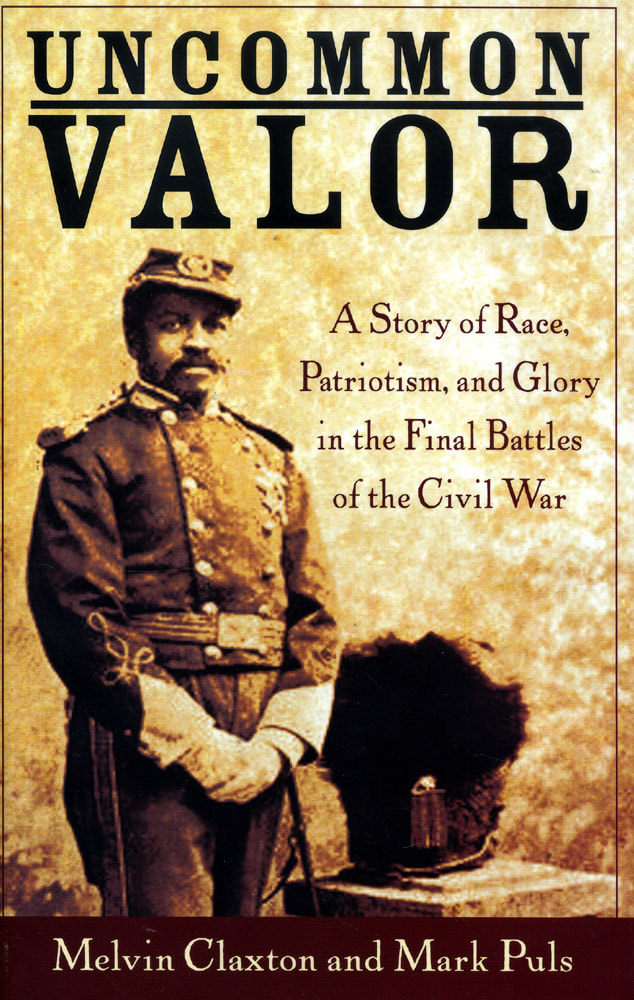 Of the nearly 200,000 African Americans who served in Union forces during the Civil War, sixteen received the Congressional Medal of Honor for conspicuous bravery above and beyond the call of duty. Fourteen of these men put on a stunning display of selfless gallantry in the Battle of New Market Heights. In the early and bloody hours of September 29, 1864, these men changed history with their display of uncommon valor.

In UNCOMMON VALOR, Pulitzer Prize-winning journalist Melvin Claxton and investigative reporter Mark Puls tell the inspiring story of ordinary farmers, laborers, and tradesmen who were willing to sacrifice their lives to end slavery and win respect for their race at a time when much of America shunned them. The authors also take a penetrating look at the lives of African American soldiers in the Civil War, the controversy surrounding the creation of "colored" brigades, and the complex relationships between black troops and their white commanders.

Many of the events in this powerful tale of war, heroism, and liberation are seen through the eyes and the words of one who lived through them. You'll meet Medal of Honor winner Christian Fleetwood, a well-educated Baltimore shipyard clerk who put aside his dream of making a new life free of racial prejudice in Liberia to join the fight that he hoped would end slavery and inequality in America. You'll share his frustration as he quickly realizes that despite his education and military acumen, his skin color relegates him to a second-class status even in the Union army.

For Fleetwood and his African American comrades, the frustration would only grow. Unlike their white counterparts, they faced abuse or even death if captured. They trained hard but were often kept from the front by commanders who were either afraid to be called racist butchers or sure that African Americans would prove less brave and less honorable than their white counterparts. After inconclusive roles in Grant's attempt to capture Petersburg and the debacle of "the Crater," these soldiers were itching for a chance to prove themselves -- then came New Market Heights.

Ordered to take this heavily fortified Confederate position that twice before repelled white Union troops with heavy losses, Fleetwood and his companions marched without cover up a hill where 2,000 enemy soldiers waited with artillery and rifles. They walked into a hailstorm of rebel fire. Even as their comrades fell, others stepped up to take their place. The decimated, bloodied regiments pressed forward and, in an astonishing victory, took the hill. What happened that day on rolling hills and grassy knolls of Virginia is the stuff of legend. It is a story that every American should know, and no one who reads it will ever forget.