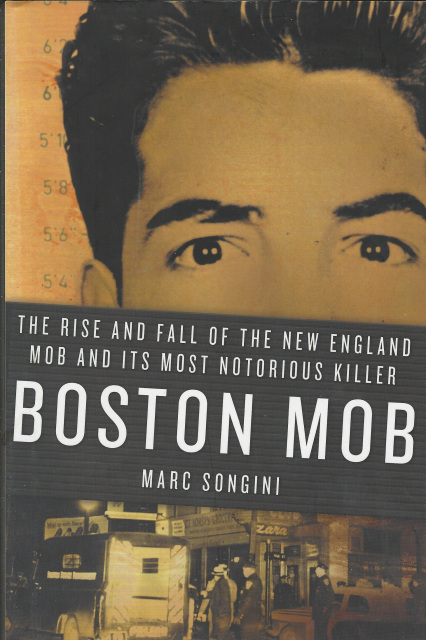 BOSTON MOB: THE RISE AND FALL OF THE NEW ENGLAND MOB AND ITS MOST NOTORIOUS KILLER by Marc Songini

Boston Mob: The Rise and Fall of the New England Mob and Its Most Notorious Killer by Marc Songini

The New England Mafia was a supremely feared and powerful organization that used violence to ruthlessly crush anyone who threatened it or its lucrative gambling, loan-sharking, bootlegging, and other enterprises. Its psychopathic strongman, Joseph "the Animal" Barboza, was one of the most feared mob enforcers of all time, killing a score or more of people for business and pleasure. But when the Mafia turned against Joe, he struck back -- hard.

BOSTON MOB travels from the bars, gutters, and alleyways of Somerville, Providence, and Charlestown to the halls of Congress in Washington, D.C., and the Massachusetts State House on Beacon Hill. Its players include the toughest and craziest underworld actors, high-priced defense attorneys, ruthless FBI agents, governors, mayors, and the Mafia dons of the Northeast. It touches on the tragic legacy of the Kennedy family, as well as the savage Winter Hill - Charlestown feud. Using information based on newly de-classified documents and underworld sources, this book chronicles the fall of the New England Mafia, setting the stage for the rise of Whitey Bulger. Ultimately, BOSTON MOB is a saga of treachery, murder, greed, and the survival of desperate and cunning men pitted against the law, the police, and even one another.