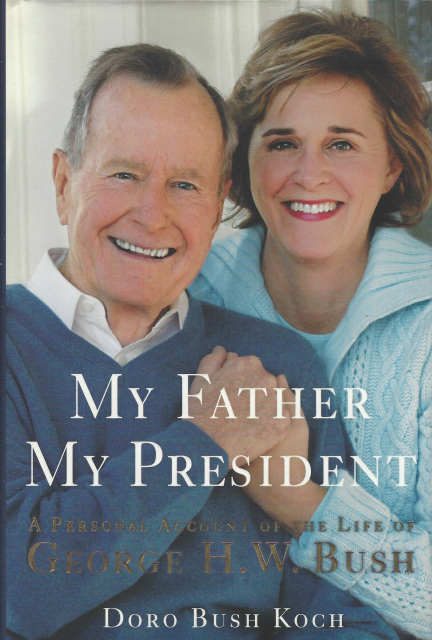 MY FATHER, MY PRESIDENT: A PERSONAL ACCOUNT OF THE LIFE OF GEORGE H.W. BUSH by Doro Bush Koch

My Father, My President: A Personal Account of the Life of George H.W. Bush by Doro Bush Koch

When George H.W. Bush asked Doro to write this memoir, she contacted hundreds of his friends and associates; conducted scores of interviews including Bill Clinton, Mikhail Gorbachev, and General Colin Powell; tapped the memories of family members, including her mother, her four brothers, and of course, her father himself; and collected information from the former president's never-before-released files.

Now, for the first time, a complete and nuanced portrait of George H.W. Bush emerges. Doro reveals her father as a young man courting his future wife, Barbara, and how the death of their first daughter brought them closer. Doro tells how they raised five children through much of her father's long and storied career in public service, and offers fascinating details about his tenures as head of the Republican National Committee during Watergate, ambassador to the U.N., America's liaison to China, and vice president for eight years under Ronald Reagan.

Doro also provides an insider's look at how the 41st president dealt with crises and challenges, all while keeping his humor and personality intact, and how he still does so while aiding victims of the 2004 tsunami and Hurricane Katrina. She shows how he felt when two of his sons entered politics -- and when his eldest made it to the top -- and sheds new light on his extraordinary friendship with former rival Bill Clinton, who confessed to Doro that the 1992 presidential race "was personally very difficult for me....because I liked [him] so much."

Distinguished by its many first-person accounts, never-before-published photos, and a foreword by Barbara Bush, MY FATHER, MY PRESIDENT illuminates a richly layered life guided by family, faith, and friendship. It is at once the history of a great man, and the chronicle of a rapidly changing nation.