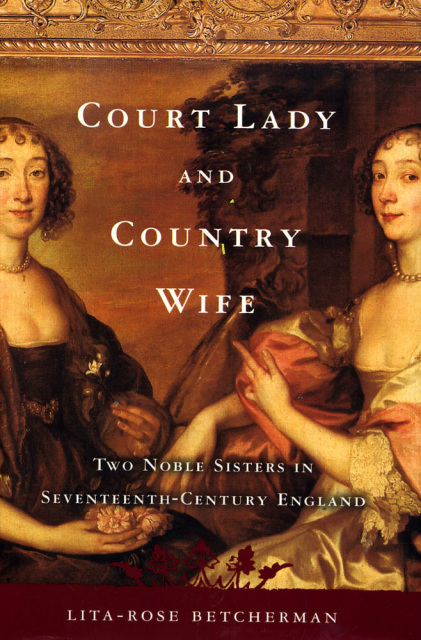 The lives of two dazzling aristocratic sisters, Lucy and Dorothy Percy, present a perfect window into the world of political unrest and social intrigue in seventeenth-century English society. The sisters' breeding, beauty, and cunning made them among the most influential women of their time.

Born during the reign of Elizabeth I, the Percy sisters came to prominence at the court of Charles I in the 1630s. Lucy, the Countess of Carlisle -- the "court lady" -- dominated the royal scene thanks to her position at the center of power. Her beauty, captured in magnificent Van Dyck portraits, and her political skills attracted prominent lovers, and her charm and talent as a gossiper ensured her inclusion in the queen's inner circle. Then her machinations during the English Civil War led to her imprisonment in the Tower of London.

Her sister, Dorothy, Countess of Leicester -- the "country wife" -- had twelve surviving children and managed the family estates while her husband traveled abroad or immersed himself in books. She was brilliant as a diplomat's wife, with a keen eye and special purview of European politics. This early ancestor of Princess Diana's family was also a shrewish wife who bossed her made for more than thirty-seven years before he rebelled publicly, causing a scandal.

In COURT LADY AND COUNTRY" WIFE, Lita-Rose Betcherman shines a spotlight on the position of upper-class women in seventeenth-century Britain and illuminates the major events and figures of a grand and turbulent era.