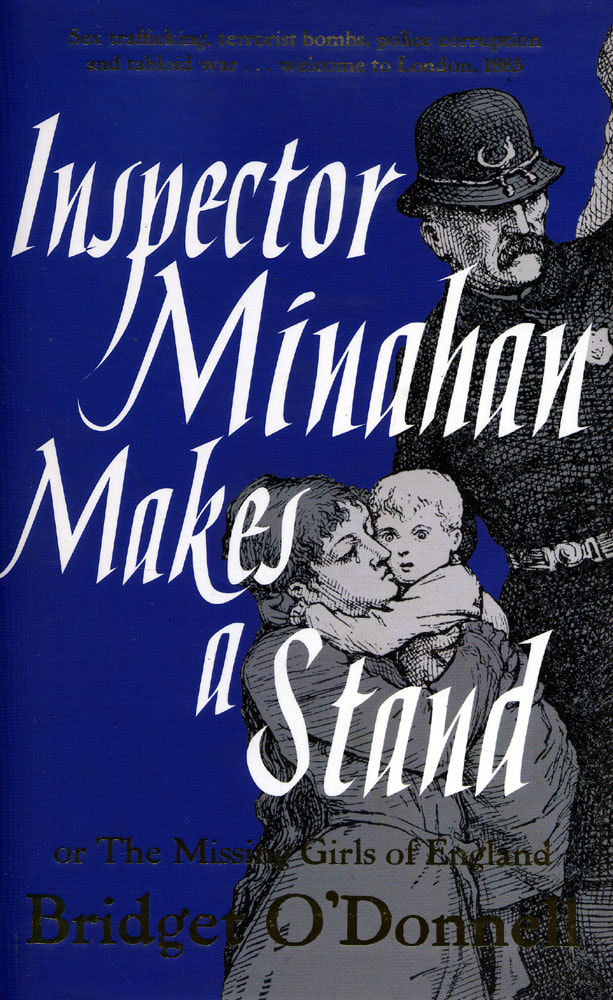 In Victorian London, the age of consent was just thirteen. Unwitting girls were regularly enticed, tricked, and sold into prostitution. If not marked out for a gentleman in a city brothel, they were legally trafficked to Brussels, Paris, and beyond. All the while, the Establishment turned a blind eye. That is, until one policeman wrote an incendiary report.

Disgraced for testifying against a violent colleague, Irish inspector Jeremiah Minahan was transferred to the backwater of Chelsea as punishment. Here he met Mary Jeffries, a notorious trafficker and procuress who counted Cabinet members and royalty among her clientele. Within days of reporting Jeffries, Minahan was unceremoniously forced out of the Metropolitan Police. So he turned private detective, setting out to expose the peers and politicians more interested in shielding their own positions (and peccadilloes) than London's child prostitutes.

The findings Minahan revealed in 1885 sparked national outrage: riots, arrests, a tabloid war, a sensational trial, and eventually a change in the law that still holds today. But other secrets were so fearful he took them to his grave, where they have remained -- until now.

Inspector Minahan Makes a Stand is the true tale of a man caught between a corrupt English Establishment and his own rebel heart: a very Victorian scandal, but also a story for our times.