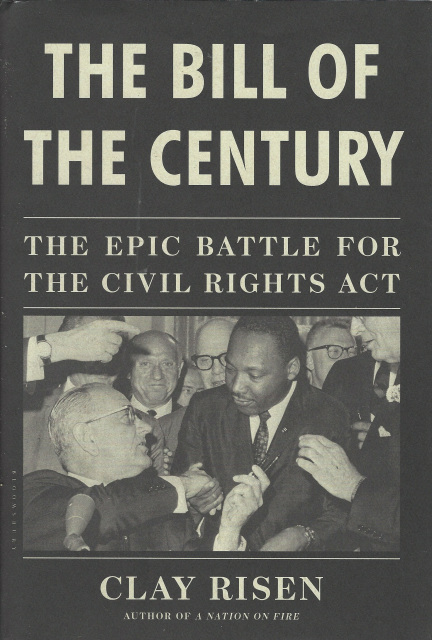 The Civil Rights Act of 1964 was the single most important piece of legislation passed by Congress in American history. This one law so dramatically altered American society that, looking back, it seems preordained -- as Everett Dirksen, the GOP leader in the Senate and a key supporter of the bill, said, "No force is more powerful than an idea whose time has come." But there was nothing predestined about its victory: a phalanx of powerful senators, pledging to "fight to the death" for segregation, launched the longest filibuster in American history to defeat it.

The journey of the Civil Rights Act was nothing less than a moral and political epic, a sweeping tale of undaunted activism, political courage, historic speeches, back-room deal-making, and, finally, hand-to-hand legislative combat. The act's passage has often been credited to the political leadership of President Lyndon B. Johnson, or the moral force of Martin Luther King Jr. Indeed those men were indispensable -- but as Risen shows us, the battle for the Civil Rights Act was a story much bigger than two individuals.

The larger-than-life cast of characters included lions of the Senate like Majority Leader Mike Mansfield, patiently but unrelentingly pushing the process forward; liberal crusader Hubert Humphrey; and their fierce opponent, Dixiecrat Richard Russell. But it also included other unsung heroes, like Deputy Attorney General Nicholad deB. Katzenbach and a team of committed Justice Department lawyers; flinty GOP congressman Bill McCulloch; NAACP lobbyist Clarence Mitchell, called "the 101st senator" for his Capitol Hill clout; and business leader J. Irwin Miller who helped mobilize a powerful religious coalition for the bill -- not to mention the countless activists who marched and demonstrated for racial justice from Alabama to Washington.

The "idea whose time had come" would never have arrived without pressure from the streets and shrewd leadership in Congress. Yet contested as it was, we may look back on the Civil Rights Act as a shining example of how the American political system succeeded in grappling -- however imperfectly -- with one of the nation's most divisive issues, and moving our society a step forward.