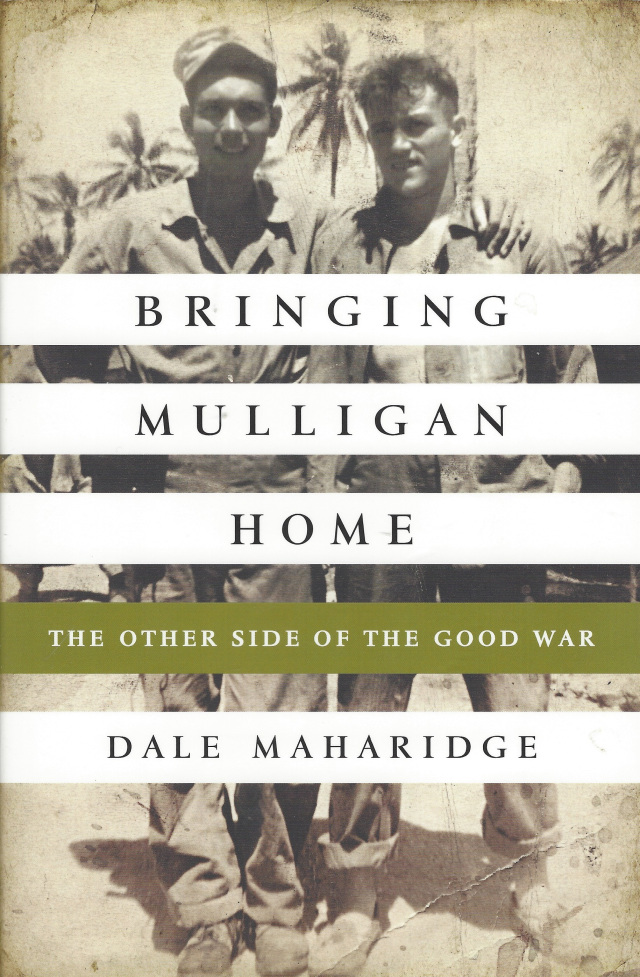 BRINGING MULLIGAN HOME: THE OTHER SIDE OF THE GOOD WAR by Dale Maharidge

Bringing Mulligan Home: The Other Side of the Good War by Dale Maharidge

Sergeant Steve Maharidge returned from World War II an angry man. The only evidence that he's served in the Marines was a photography of himself and a buddy tacked to the basement wall. On one terrifying memorable occasion his teenage son, Dale, witnessed Steve screaming at the photograph: "They said I killed him! But I didn't Kill him! It wasn't my fault!"

After Steve died, Dale Maharidge began a twelve-year quest to face down his father's wartime ghosts. He found more than two dozen members of Love Company, the Marine unit in which his father had served. Many of them, now in their eighties, finally began talking about the war. They'd never spoken so openly and emotionally, even to their families. Through them, Maharidge brilliantly re-creates Love Company's battles and the war that followed them home. In addition, Maharidge traveled to Okinawa to experience where the man in his father's picture died and meet the families connected to his father's wartime souvenirs.

The survivors Dale met on both sides of the Pacific Ocean demonstrate that wars do not end when the guns go quiet -- the scars and demons remain for decades. BRINING MULLIGAN HOME is a story of fathers and sons, war and postwar, silence and cries in the dark. Most of all it is a tribute to soldiers of all wars -- past and present -- and the secret burdens they, and their families, must often bear.