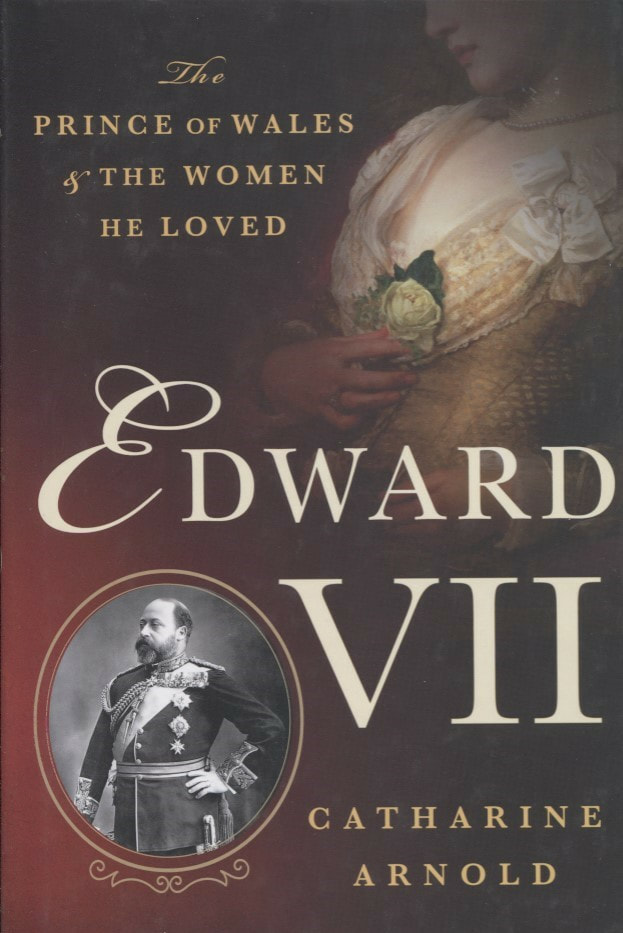 EDWARD VII: THE PRINCE OF WALES & THE WOMEN HE LOVED by Catharine Arnold

Edward VII: The Prince of Wales & the Women He Loved by Catharine Arnold

Edward Prince of Wales, better known as "Bertie," was the eldest son of Queen Victoria. Charming and dissolute, he was a larger-than-life personality with king-size appetites. A lifelong womanizer, Bertie conducted his countless liaisons against the glittering backdrop of London society, Europe, and the stately homes of England in the second half of the nineteenth century.

Bertie's lovers were beautiful, spirited society women who embraced a wide field of occupations. There was Lillie Langtry, the simple Jersey girl who would become an actress and producer; "Daisy" Brooke, Countess of Warwick, the extravagant socialite who embraced socialism and stood for Parliament as a Labor Party candidate; bisexual French actress Sarah Bernhardt, celebrated for her decadent appeal and opium habit, and by total contrast to the starchy Agnes Keyser, who founded a hospital for army officers. One of Bertie's most intriguing liaisons was with American heiress Jennie Churchill, the unhappy wife of Sir Randolph Churchill and mother of Sir Winston.

While the scandals resulting from his affairs -- from suicides to divorces -- were a blight on the royal family, Bertie would become a surprisingly modern monarch. His major accomplishment was transforming the British monarchy into the modern institution that we know today and ensuring its survival in a period when every other European dynasty collapsed in the wake of World War I.