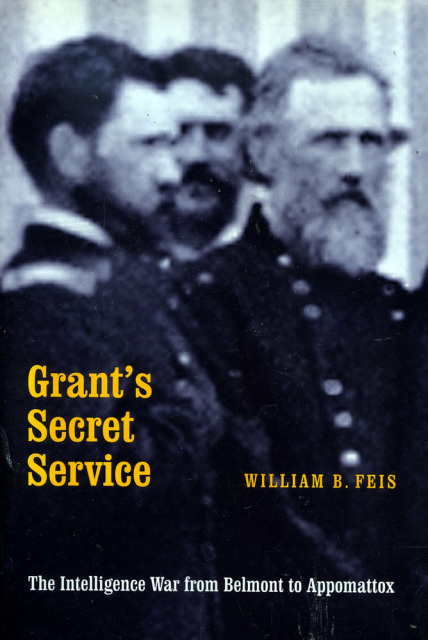 GRANT'S SECRET SERVICE: THE INTELLIGENCE WAR FROM BELMONT TO APPOMATTOX by William B. Feis

Grant's Secret Service: The Intelligence War from Belmont to Appomattox by William B. Feis

"The art of war is simple enough," said Ulysses S. Grant. "Find out where your enemy is. Get at him as soon as you can. Strike him as hard as you can and as often as you can and keep moving on." Much has been written on Grant and his pursuit of the latter two prescription; William B. Feis offers us the first scholarly examination of Grant's first principle, the often vexing question of just where his enemy was and what he was doing. In the western theater, Grant was successful despite limited intelligence resources; his victories there stemmed in part from his ability to analyze his opponents and anticipate their actions. In the absence of intelligence data, Grant's initiative, determination, and drive carried him to success. In the East, however, to overcome Lee's advantages of strategic and operational mbioity coupled with his own initiative, Grant had to adapt and became more reliant on intelligence to provide information on Confederate movements and intentions.

Feis makes the new and provocative argument that Grant's use of the Army of the Potomac's Bureau of Military Information played a significant role in Lee's defeat. Feis's work artiulately rebuts accusations by Grant's detractors that his battlefield success involved little more than the bludgeoning of an undermanned and outgunned opponent.

William B. Feis is an assistant professor of history at Buena Vista University and has published several articles and essays in North and South Magazine and Civil War History.