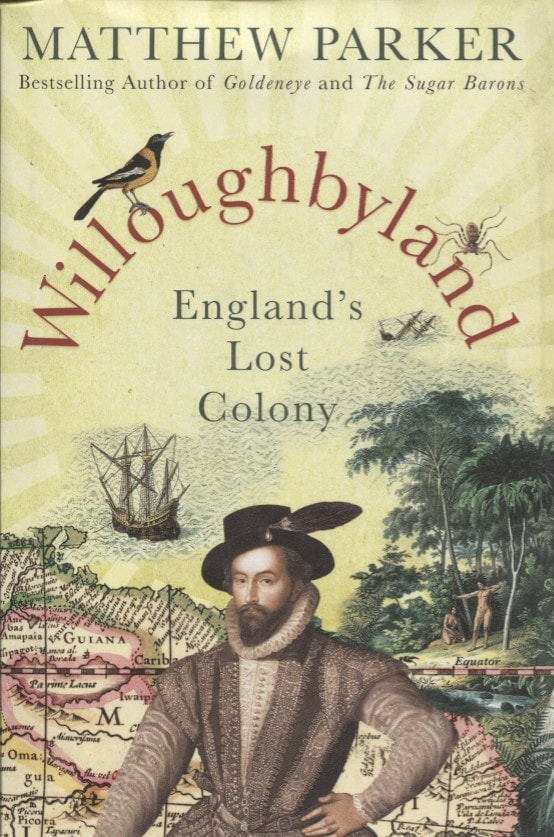 At the beginning of the 1605s, wrecked by plague and civil war, England was in ruins. Yet shimmering on the horizon was a vision of paradise called Willoughbyland.

When Sir Walter Ralegh set out to South America to find the legendary city of El Dorado, he paved the way for a series of adventurers who would struggle against the harsh reality of South America's wild jungles. Six decades later, when a group of English gentlemen expelled from Barbados chose to estabilsh a new colony there, they named the settlement in honor of its founder -- Sir Francis Willoughby.

Located in the lush landscape between the Amazon and Orinoco rivers, in what is now Suriname, Willoughbyland experienced one of colonialism's most spectacular rises. But as planters and traders followed explorers, and mercenaries and soldiers followed political dissidents, the one-time paradise became a place of terror and cruelty, of sugar and slavery. A microcosm of the history of empire, this is the untold story of that fateful colony.