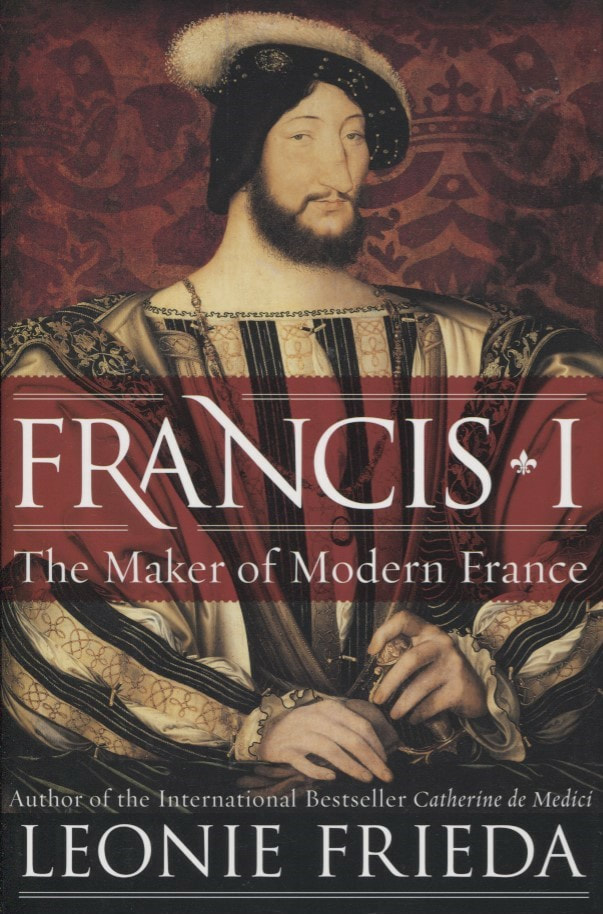 FRANCIS I: THE MAKER OF MODERN FRANCE by Leonie Frieda

Francis I: The Maker of Modern France by Leonie Frieda

Leonie Frieda, the author of the bestselling Catherine de Medici, tells the extraordinary tale of King Francis of France, Catherine's father-in-law and the man who turned France into a great nation. Francis saw himself as the first Renaissance king. A man who was the exemplar of courtly and civilized behavior throughout France and Europe, he was also a courageous and heroic warrior, a keen aesthete, an accomplished diplomat, and an energetic ruler who transformed his country to be a force to be reckoned with.

But he was also capricious, vain, and arrogant, taking hugely unnecessary risks, at least one of which nearly resulted in the end of his kingdom. His great feud with his nemesis Charles V, the Holy Roman Emperor, defined European diplomacy and sovereignty, but his notorious alliance with the great Ottoman ruler Suleiman threatened to destroy everything.

With access to never-before-seen private archives, Leonie Frieda delivers a comprehensive and sympathetic account that explores the life of the man who was the must human of all the Renaissance monarchs -- and the most enigmatic.