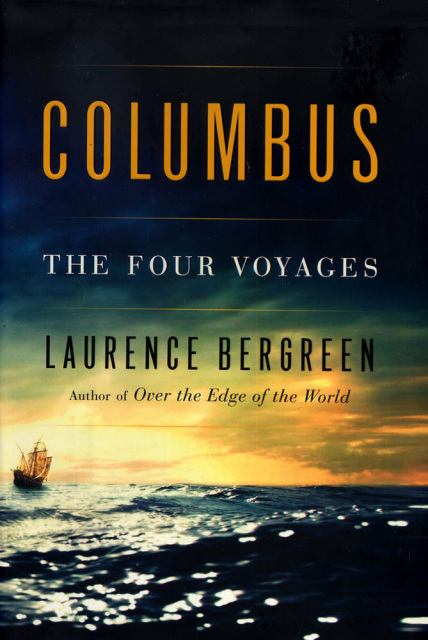 He knew little of celestial navigation and nothing of the Pacific Ocean. He went looking for China and thought he'd found India. He was a self-promoting and ambitious entrepreneur, an opportunist who made his great discovery without ever acknowledging it for what it was. Yet for all his flaws, Columbus was a masterful seaman and a brilliant captain. When he piloted his ships into the Bahamas after a five-week trip across the Atlantic, he had not only sailed into history but plotted a new course for the world's future.

What schoolchildren learn about his journey in 1492, however, was only the beginning. Laurence Bergreen's energetic and bracing new biography of Christopher Columbus -- startlingly, the first complete portrait in over half a century -- takes the full measure of the explorer's remarkable career, spinning an epic tale to match the events of an epic life. After Columbus sailed back to Spain, he would return to the New World three more times in the span of only a decade, leading campaigns that grew more conflicted, violent, and morally ambiguous. By their conclusion, he was broken in body and spirit, a hero undone by the tragic flaw of pride.

Drawing on vivid eyewitness reports, Columbus's personal logbooks, and the passionate letters he sent to his Spanish patrons Ferdinand and Isabella, Bergreen digs deep into Columbus's overwrought psyche to explain both his great achievements and his devastating failures. He recreates the terror and thrill as Columbus and his men attempt to settle and conquer unknown territories and their inhabitants, establishing a colony that became the town of Santo Domingo, yet also provoking fifty thousand natives to commit mass suicide.

The human toll would be matched in scope by the way Columbus's discoveries planted the reality of the New World in the imagination and ambitions of the Old World. His voyages had an irreversible effect on the world's ecosystems and societies, transforming an evolutionary process that had begun millions of years before. They had profound consequences for human biology and culture, bringing maize and syphilis to Europe and horses and alcoholism to America. Bergreen's rich, engaging biography finds in Columbus a powerful lens by which to view the complex legacies of exploration -- political, scientific, and even medical -- that continue to shape our lives today.