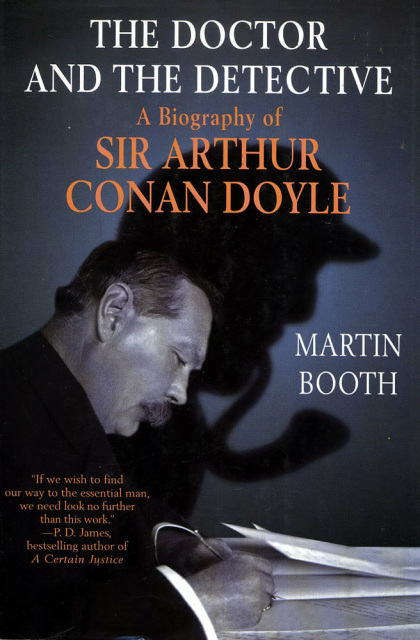 Contrary to his best efforts, Arthur Conan Doyle will always be known as the creator of the great detective, Sherlock Holmes. However, as Martin Booth shows us in this extensively researched, insightful biography, Doyle was far more.

Raised by his mother while his father, a disappointed artist, lost himself to drinking and fishing, Doyle read voluminously as a child: By fourteen he had learned French so that he might read Jules Verne in the author's original language. After training to be a doctor as a young man, Doyle abandoned medicine to pursue a literary career that would eventually bring him great wealth: He was the first blockbuster popular novelist. Throughout, Doyle never passed up an opportunity for adventure: He took a voyage on an Arctic whaler, was an all-around sportsman and inveterate traveler, popularized skiing in Switzerland, served as a doctor in the Boer War, twice stood as a prospective member of parliament, invented safety aids in the Great War, and, as a social crusader, fought against injustice all over the world. A man of enormous self-confidence, he had the courage of his convictions, knew where his duty lay, and was never afraid to become embroiled in controversy. From his vigorous and successful campaigns on behalf of prisoners who had been wrongly convicted to his exhaustive crusade to spread the doctrines of spiritualism, Doyle led a fascinating life in which Sherlock Holmes was one of many highlights.

Arthur Conan Doyle was, in short, an enigma, but one all too often overshadowed by his own invention, Sherlock Holmes. In this comprehensive biography, Booth carefully balances his exposition of the Great Detective and his insightful account of the life of Conan Doyle. Though Holmes fans will want to glean fascinating tidbits that offer insight into their hero's creation, others will be captivated by the author's living embodiment of the Victorian ideal. In The Doctor and the Detective, Martin Booth pays grand tribute to the paradoxical and highly versatile man, creator of one of the most enduring literary figures of the twentieth century.