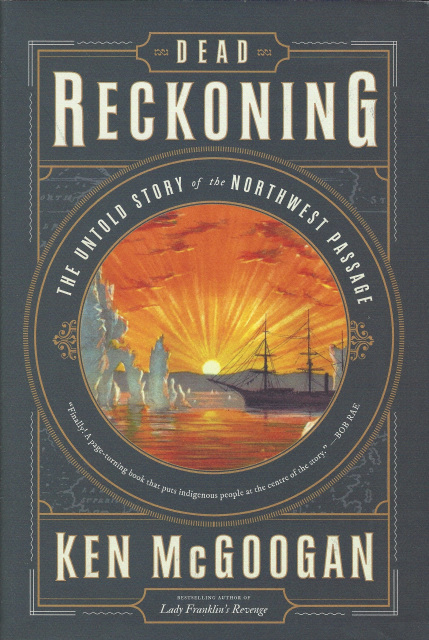 DEAD RECKONING: THE UNTOLD STORY OF THE NORTHWEST PASSAGE by Ken McGoogan

Dead Reckoning: The Untold Story of the Northwest Passage by Ken McGoogan

With this book, his most ambitious yet, Ken McGoogan delivers a vivid, comprehensive recasting of Arctic exploration history.

Dead Reckoning challenges the conventional narrative, which emerged out of Victorian England and focuses almost exclusively on Royal Navy officers. By integrating non-British and fur-trade explorers, and above all, Canada's indigenous peoples, this work brings the story of Arctic discovery into the twenty-first century.

Orthodox history highlights such naval figures as John Franklin, Edward Parry, and James Clark Ross. DEAD RECKONING tells their stories, but also recognizes John Rae, Roald Amundsen, and Knud Rasmussen, and celebrates such forgotten heroes as Thanadelthur, Akaitcho, Tattannoeuck, Ouligbuck, Tookoolito, Ebierbing, and Tulugaq, among others. Without the assistance of the Inuit, Franklin's recently discovered ships, Erebus and Terror, would still be lying unfound at the bottom of the polar sea.

The book ranges from the sixteenth century to the present day, looks at climate change and the politics of the Northwest Passage, and honours the cultural diversity of a centuries-old quest. Profusely illustrated and informed by the author's own voyages and research in the Arctic, Dead Reckoning is a colourful, multi-dimensional saga that demolishes myths, exposes pretenders and proclaims unsung heroes.

For international readers, it sets out a new story of the Northwest Passage. For Canadians, it brings that story home.