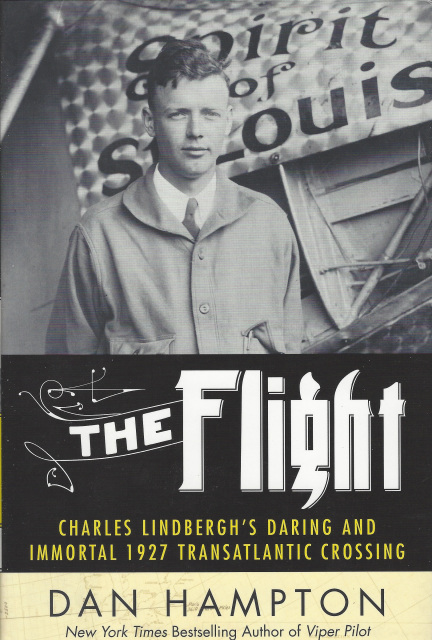 On the rainy morning of May 20, 1927, a little-known American pilot named Charles A. Lindbergh climbed into his single-engine monoplane, The Spirit of St. Louis, and prepared to take off from a small airfield on Long Island, New York. Despite his inexperience -- the twenty-five year-old Lindbergh had never before flown over open water -- he was determined to win the $25,000 Orteig Prize promised since 1919 to the first pilot to fly nonstop between New York and Paris, a terrifying adventure that had already claimed six men's lives. Ahead of him lay a 3,600-mile solo journey across the vast north Atlantic and into the unknown; his survival rested on his skill, courage, and an unassuming little aircraft with no front window.

Only 500 people showed up to see him off. Thirty-three and a half hours later, a crowd of more than 100,000 mobbed the Spirit as the audacious young American touched down in Paris, having achieved the seemingly impossible. Overnight, as he navigated by the stars through storms across the featureless ocean, news of his attempt had circled the globe, making him an international celebrity by the time he reached Europe. He returned to the United States a national hero, feted with ticker-tape parades that drew millions, bestowed every possible award from the Medal of Honor to Time's "Man of the Year" (the first to be so named), commemorated on a U.S. postage stamp within months, and celebrated as the embodiment of the twentieth century and America's place in it.

Acclaimed aviation historian Dan Hampton's The Flight is a long-overdue, flyer's-eye narrative of Lindbergh's legendary journey. A decorated fighter pilot who flew more than 150 combat missions in an F-16 and made numerous transatlantic crossings, Hampton draws on his unique perspective to bring alive the danger, uncertainty, and heroic accomplishment of Lindbergh's crossing. Hampton's deeply researched telling also incorporates a trove of primary sources, including Lindbergh's own personal diary and writings, as well as family letters and untapped aviation archives that fill out this legendary story as never before.