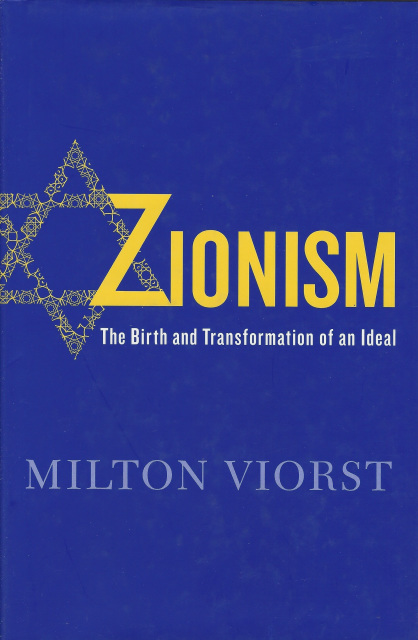 ZIONISM: THE BIRTH AND TRANSFORMATION OF AN IDEAL by Milton Viorst

Zionism: The Birth and Transformation of an Ideal by Milton Viorst

From serving as the Middle East correspondent for The New Yorker to penning articles for The New York Times, Milton Viorst has dedicated the bulk of his long career to understanding the Middle East. Now, in this powerful new work, he examines the evolution of Zionism from its seminal aim of establishing a refuge for Europe's beleaguered Jews to the cover it provides today for Israel to control millions of Arabs in territories occupied by its army.

Viorst explores how the movement was born and developed, from the shattering of the Jews' traditional society during the Enlightenment to nineteenth-century Europe's pernicious anti-Semitism, through the lives and ideas of Zionism's dominant leaders. These leaders -- uniformly brilliant, cantankerous, daring, indefatigable -- held only one tenet in common: that the Jews, for the first time in two millennia, needed to establish their own destiny in their own homeland. Their struggles produced a thriving Jewish state with a powerful military force. Yet Zionism, he argues, has now squandered most of the goodwill it onve enjoyed and has placed Israel's survival in jeopardy.

With expertise and knowledge acquired from decades spent studying this contentious region, Milton Viorst deftly exposes how Israel came to embrace the risks that it faces today.