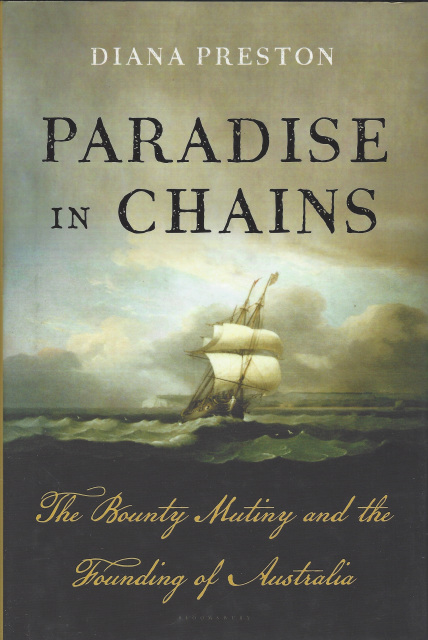 PARADISE IN CHAINS: THE BOUNTY MUTINY AND THE FOUNDING OF AUSTRALIA by Diana Preston

Paradise in Chains: The Bounty Mutiny and the Founding of Australia by Diana Preston

The mutiny on the Bounty in April 1789 and the survival of William Bligh and his men on the open ocean for 48 days and 3618 miles have become the stuff of legend. But few realize that Bligh's was not the only open-boat journey in that era of British incursions into the Pacific. At almost the same time, nine convicts, including a woman, Mary Bryant, fled the new penal colony in Australia to sail 3,250 miles across partly uncharted seas to the same port as Bligh. Within weeks, survivors of a third dramatic open-boat voyage -- members of the British naval expedition sent to hunt down the Bounty mutineers and some of the captured mutineers themselves -- followed.

Diana Preston sets the intertwined stories of the Bounty and the founding of the first British penal colony in Australia against the backdrop of the Age of Enlightenment, when British colonial aspirations clashed with new ideas about humankind's natural nobility and right to live free. Drawing on firsthand accounts that bring the era and these dramatic stories vividly alive, she reveals the Pacific Islands and Australia as they were and as they were perceived, and how these seemingly utopian lands became a place where mutineers, convicts, and eventually the locals themselves were chained.