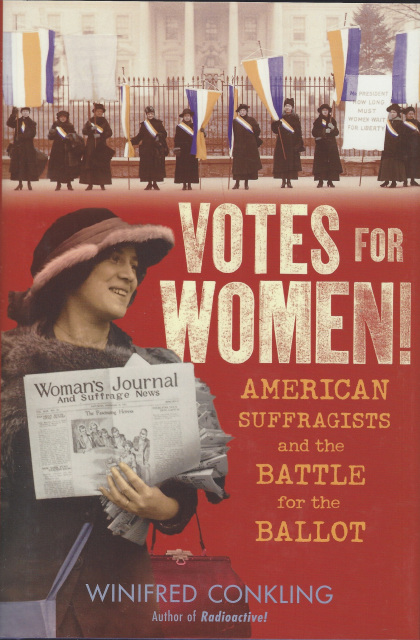 For nearly 150 years, American women did not have the right to vote. On August 18, 1920, they won that right, when the 19th Amendment to the Constitution was ratified at last. To achieve that victory, some of the fiercest, most passionate women in history marched, protested, and sometimes even brok the law -- for more than eight decades.

From Susan B. Anthony and Elizabeth Cady Stanton, who founded the suffrage movement at the 1848 Seneca Falls Convention, to Sojourner Truth and her famous "Ain't I a Woman?" speech, to Alice Paul, arrested and force-fed in prison, this is the story of the American Women's suffrage movement and the private lives that fueled its leaders' dedication. Votes for Women! explores suffragists' often powerful, sometimes difficult relationship with the intersecting temperance and abolition campaigns, and includes an unflinching look at some of the uglier moments in women's fight for the vote.