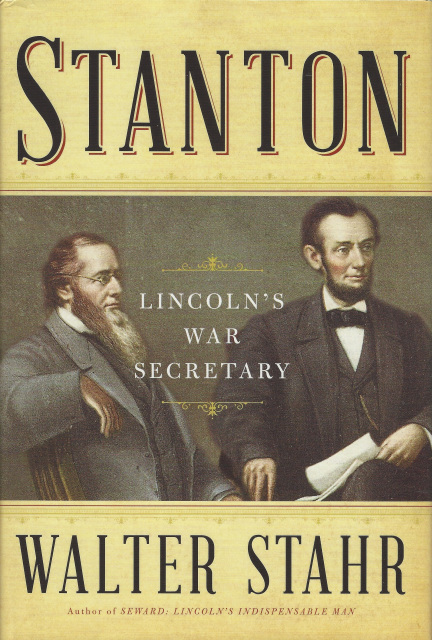 Walter Stahr, author of the New York Times bestseller Seward, now tells the amazing story of Lincoln's secretary of war, Edwin Stanton, the most powerful and controversial of the men close to the president.

Stanton raised an army of a million men and directed it from his Washington telegraph office, with Lincoln often at his side. He arrested and imprisoned thousands for "war crimes," some serious and some merely political. He was essential to the nation's survival, and Lincoln never wavered in his support for Stanton. As Lincoln lay dying, Stanton took over the government, informing the nation of the attacks on Lincoln and others, starting the investigation of the assassination. Under Lincoln's successor, Andrew Johnson, Stanton insisted that the army had to remain in the South, to protect blacks and Unionists, while the president wanted to withdraw the troops. It was Johnson's ill-advised attempt to remove Stanton that led to the first impeachment of a president, an impeachment Johnson survived by a single vote.

In this, the first full biography of Stanton in fifty years, Stahr restores this complicated American hero to his proper place in our national story.