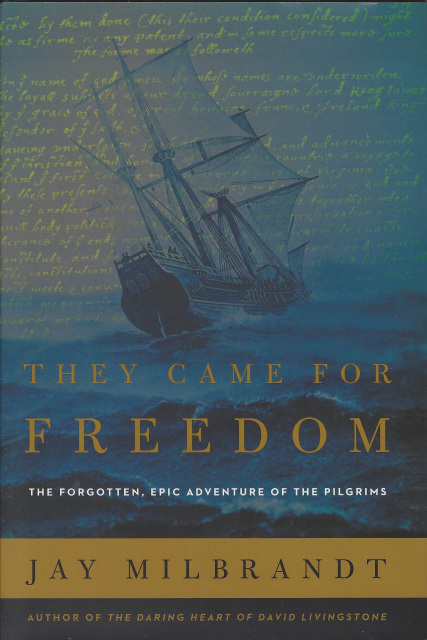 Once a year at Thanksgiving, we encounter Pilgrims as folksy people in funny hats before promptly forgetting them. In the centuries since America began, the Pilgrims have been relegated to folklore and children's stories, fairy-tale mascots for holiday parties and greeting cards.

The true story of the Pilgrim Fathers could not be more different. Beginning with the execution of two pastors deviating from the Elizabethan Church of England, the Pilgrim's great journey was one of courageous faith, daring escape, and tenuous survival. Theirs is the story of refugees who fled intense religious persecution; of dreamers who voyaged the Atlantic and into the unknown when all other attempts had led to near-certain death; of survivors who struggled with newfound freedom. Loneliness led to starvation, tension gave way to war with natives, and suspicion broke the back of the very freedom they endeavored to achieve.

Despite the pain and turmoil of this high-stakes triumph, the Pilgrim Fathers built the cornerstone for a nation dedicated to faith, freedom, and thankfulness. This is the epic story of the Pilgrims, an adventure that laid the bedrock for the Founding Fathers, the Constitution, and the American identity.