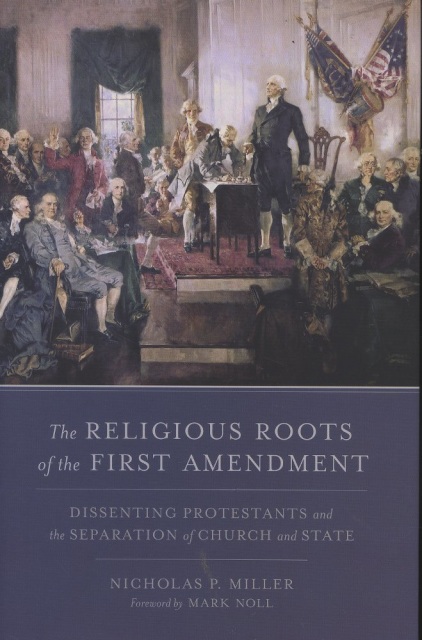 The Religious Roots of the First Amendment: Dissenting Protestants and the Separation of Church and State by Nicholas P. Miller

The Religious Roots of the First Amendment: Dissenting Protestants and the Separation of Church and State by Nicholas P. Miller

Traditional understandings of the genesis of the separation of church and state rest on assumptions about "Enlightenment" and the republican ethos of citizenship. In The Religious Roots of the First Amendment, Nicholas P. Miller does not seek to dislodge that interpretation but to augment and enrich it by recovering its cultural and discursive religious contexts -- specifically the discourse of Protestant dissent. He argues that commitments by certain dissenting Protestants to the right of private judgment in matters of Biblical interpretation, an outgrowth of the doctrine of the priesthood of all believers, helped promote religious disestablishment in the early modern West.

This movement climaxed in the disestablishment of religion in the early American colonies and nation. Miller identifies a continuous strand of this religious thought from the Protestant Reformation, across Europe, through the English Reformation, Civil War, and Restoration, into the American colonies. He examines seven key thinkers who played a major role in the development of this religious trajectory as it came to fruition in American political and legal history: William Penn, John Locke, Elisha Williams, Isaac Backus, William Livingston, John Witherspoon, and James Madison.

Miller shows that the separation of church and state can be read, most persuasively, as the triumph of a particular strand of Protestant nonconformity -- that which stretched back to the Puritan separatist and the Restoration sects, rather than to those, like Presbyterians, who sought to replace the "wrong" church establishment with their own, "right" one. The Religious Roots of the First Amendment contributes powerfully to the current trend among some historians to rescue the eighteenth-century clergymen and religious controversialists from the enormous condescension of posterity.