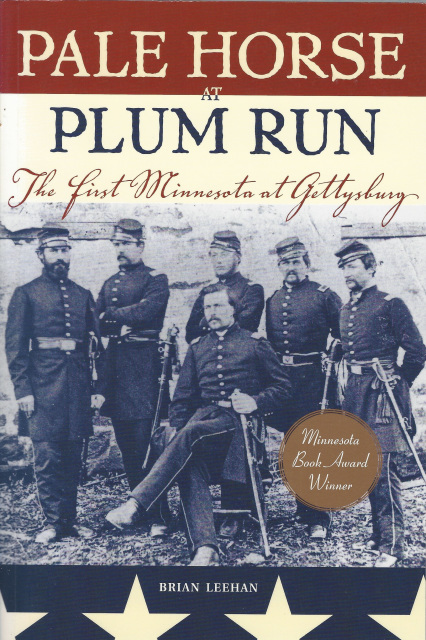 PALE HORSE AT PLUM RUN: THE FIRST MINNESOTA AT GETTYSBURG by Brian Leehan

Pale Horse at Plum Run: The First Minnesota at Gettysburg by Brian Leehan

The First Minnesota Regiment's heroic sacrifices at Gettysburg on July 2, 1863, stopped a furious rebel assault and saved the day for the Union. Nearly 70 percent of the unit's men were killed or wounded. The men who escaped played a pivotal role the next afternoon in rebuffing Pickett's Charge, the last, doomed charge of Confederate troops.

Emerging from the chaos of battle, firsthand reports contradicted each other, leaving the historical investigator to ask, what really happened that day at Plum Run? Through painstaking research of eyewitness reports and official records, Brian Leehan constructs a detailed study of a single regiment at a crucial moment in American history, and he tells the story of a remarkable band of soldiers.