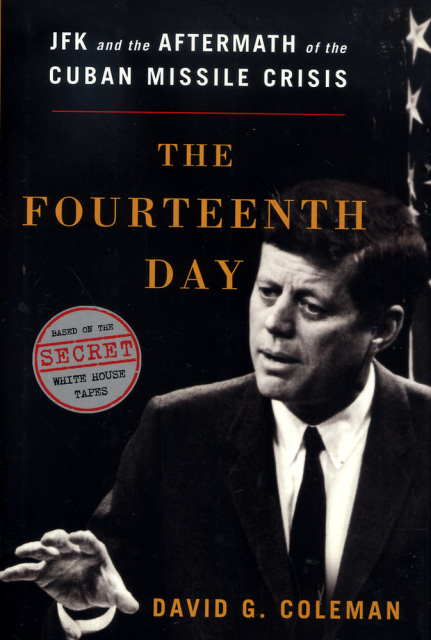 On October 28, 1962, Soviet Premier Nikita Khrushchev agreed to remove nuclear missiles from Cuba. Conventional wisdom has marked that day as the end of the Cuban missile crisis, one of the most highly charged, and in the end most highly regarded, moments of American history.

Yet the next day, the Executive Committee of the National Security Council (ExComm) met as it had the previous thirteen days. As he opened the meeting, President John F. Kennedy had many things on his mind, but one stood out as the most urgent: verifying that Khrushchev was honoring his promise to remove "the arms which you described as offensive." The crisis had been sparked by one audacious lie; how could the Americans be sure this wasn't yet another trick, designed to buy time for the Soviet nuclear forces in Cuba to prepare for action? And even if it wasn't, how could the Americans be sure that the Soviets were removing all of the missiles -- and not hiding some in the many caves that dotted Cuba?

On the fourteenth day, the reality on the ground remained dangerous: the missiles were still in Cuba, as were short-range nuclear missiles, nuclear bombers, nuclear submarines, and tens of thousands of Soviet troops. In the days, weeks, and months that followed, Kennedy's struggles were far from over. Midterm elections loomed, and Democrats were expected to lose seats. The press, frustrated with lack of access during the first thirteen days, was clamoring for information and accusing the White House of increasingly draconian "news management." Through it all, Kennedy's tapes kept running. Using new material from these secret recordings, historian David G. Coleman puts readers in the Oval Office during perhaps the most dramatic foreign policy crisis in America's history, as one of America's greatest leaders fought to redefine his presidency and, ultimately, his legacy.