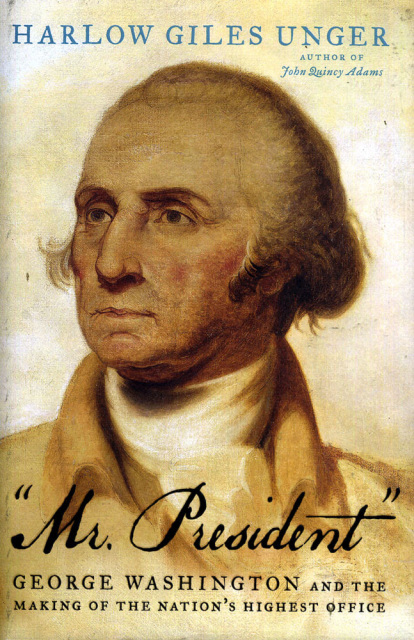 "MR PRESIDENT": GEORGE WASHINGTON AND THE MAKING OF THE NATION'S HIGHEST OFFICE by Harlow Giles Unger

"Mr. President": George Washington and the Making of the Nation's Highest Office by Harlow Giles Unger

In a startling new look at the birth of American government, award-winning author Harlow Unger shows how George Washington transformed the American presidency from a ceremonial post into the most powerful office on earth, or what historians often call the "imperial presidency."

With Congress paralyzed by political divisions, the nation faced attack from enemies without and within: Indian raiders on the frontiers, British and French navies on the high seas, secession-minded governors, and angry street mobs that "threatened to drag the President from his house" to the gallows.

Knowing he was setting precedents for generations of his successors, Washington took the law into his own hands, throwing constitutional restraints to the winds when he deemed it necessary to preserve the Union. Drawing on rare documents and letters, Unger shows how the first President combined political cunning and sheer genius to seize ever-widening powers, impose law and order, and protect individual liberties guaranteed by the Bill of Rights.

In the end, Washington raised seven pillars of power that expanded presidential powers to send troops to war, spend public monies, make foreign policy agreements, and issue executive orders that carried the force of law -- all without constitutional sanctions or the consent of Congress and the American people.