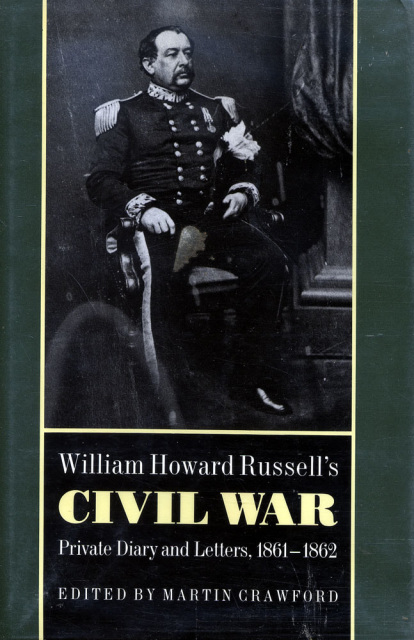 Having won renown in the 1850s for his vivid war-front dispatches from the Crimea, William Howard Russell was the most celebrated foreign journalist in America during the first year of the Civil War. As a special correspondent for The Times of London, Russell was charged with explaining the American crisis to a British audience, but his reports also had great impact in America. They so alienated both sides, North and South, that Russell was forced to return to England prematurely in April 1862.

My Diary North and South (1863), Russell's published account of his visit, remains a classic of Civil War literature. It was not, in fact, a diary, but a narrative reconstruction of the author's journeys and observations based on his private notebooks and published dispatches. Despite his severe criticisms of American society and conduct, Russell offered in that work generally sympathetic characterizations of the Northern and Southern leadership during the war. In this new volume, Martin Crawford brings together the journalist's original diary and a selection of his private correspondence to resurrect the fully uninhibited Russell and to provide, accordingly, a true documentary record of this important visitor's first impressions of America during the early months of its greatest crisis.

Over the course of his visit, Russell traveled widely throughout the Union and the new Confederacy, meeting political and social leaders on both sides. Included here are spontaneous -- and often unflattering -- comments on such prominent figures as William H. Seward, Jefferson Davis, Mary Todd Lincoln, and George B. McClellan, as well as quick sketches of New York, Washington, New Orleans, and other cities. Also revealed for the first time are the anxiety and despair that Russell experienced during his visit -- a state induced by his own self-doubt, by concern over the health and situation of his wife in England, and, finally, by the bitter criticism he received in America over his reports, especially his famous description of the Union retreat from Bull Run in July 1861.

A sometimes vain and pompous figure, Russell also emerges here as an individual of exceptional tenacity -- a man who abhorred slavery and remained convinced of the essential rectitude of the Northern cause even as he criticized Northern leaders, their lack of preparedness for war, and the apparent disunity of the Northern population. In calmer times, Crawford notes, Russell's independent qualities might have brought him admiration, but in the turbulent climate of Civil War America they succeeded only in arousing deep suspicion.

The University of Georgia Press, Hardcover, 1992