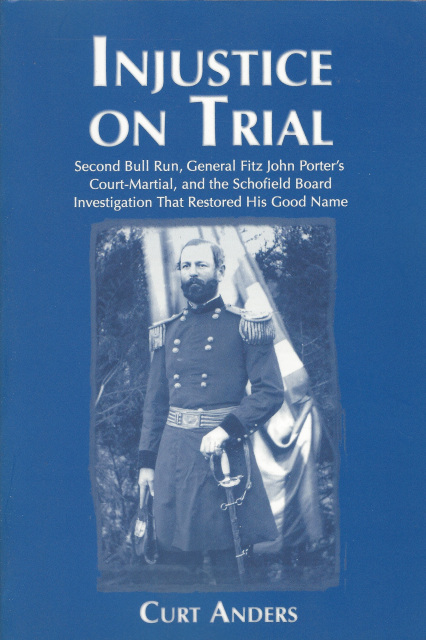 In January 1863, Union General Fitz John Porter was tried by court-martial and cashiered for misbehavior in the presence of the enemy and failure to obey the orders of General John Pope at Second Bull Run. Thus began Porter's decades-long fight to have his conviction reconsidered. Finally, in 1878, a board headed by General John M. Schofield reexamined the case and greatly enhanced Porter's chances of regaining his good name.

In this first detailed study since 1950 (Otto Eisenschiml's The Celebrated Case of Fitz John Porter), in Injustice on Trial Curt Anders reveals what really occurred at Second Bull Run and the politically driven court-martial. Anders' editing of the voluminous and very rare Schofield Board Proceedings shows how the passage of time affected the recollections of those who testified earlier both against and for Porter. It also sheds new light on the reputations of McClellan, Lee, Longstreet, McDowell, Grant, and even Abraham Lincoln and Edwin Stanton, among others who determined Porter's fate.