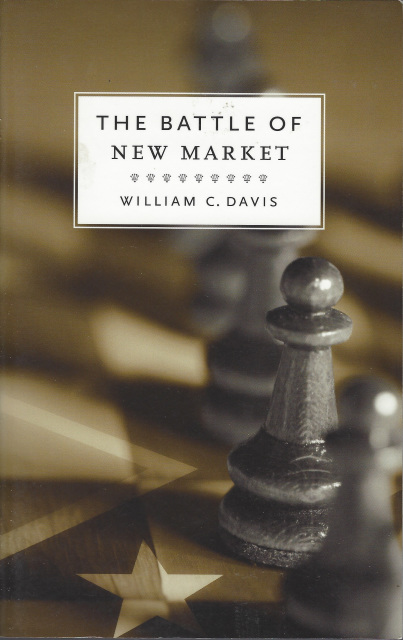 THE BATTLE OF NEW MARKET by William C. Davis

The Battle of New Market by William C. Davis

In this book, William C. Davis narrates on the most memorable and crucial of the engagements fought for control of the strategically vital Shenandoah Valley -- a battle that centered on the farming community of New Market, Virginia. There, Confederate forces under the command of General John C. Breckinridge defeated the numerically superior army commanded by the Union's hapless General Franz Sigel. Outnumbered by a margin of four to one at the beginning of the conflict, Breckinridge was desperate for additional men. He sent out a call for assistance to the Virginia Military Institute, and the school responded by sending 258 members of its Corps of Cadets into battle -- some of them as young as fifteen years old. In the action that followed, 57 of them would be killed or wounded.

In vivid detail, The Battle of New Market tells of Breckinridge's audacious domination of the battlefield and of Sigel's tragic ineptitude; of the opposing troops, both seasoned and untried; of the fate of prisoners and of the wounded; and, perhaps most memorable, of the gallantry of the cadets who marched from the classrooms of VMI directly into the heat of battle.