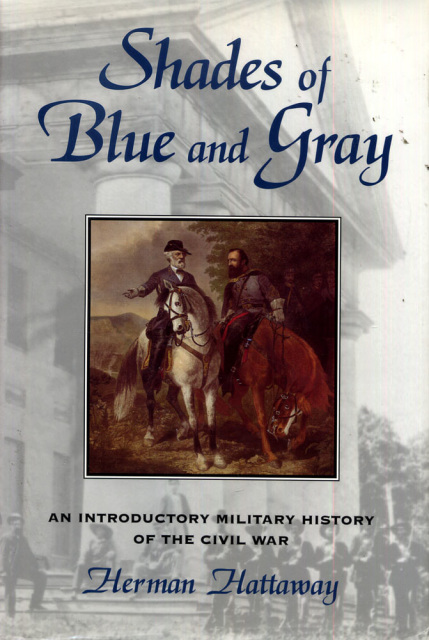 SHADES OF BLUE AND GRAY: AN INTRODUCTORY MILITARY HISTORY OF THE CIVIL WAR by Herman Hattaway

The author also incorporates into his work important new findings of recent scholars such as Albert Castel (on the Atlanta campaign), Reid Mitchell (on soldiers' motivation), Mark Grimsley (on "hard war"), Brooks D. Simpson (on Ulysses S. Grant), and Lauren Cook Burgess (on women who served as soldiers, disguised as men). In addition, Hattaway comments on some of the best fiction and nonfiction available in his recommended reading lists, which will both enlighten and motivate readers.