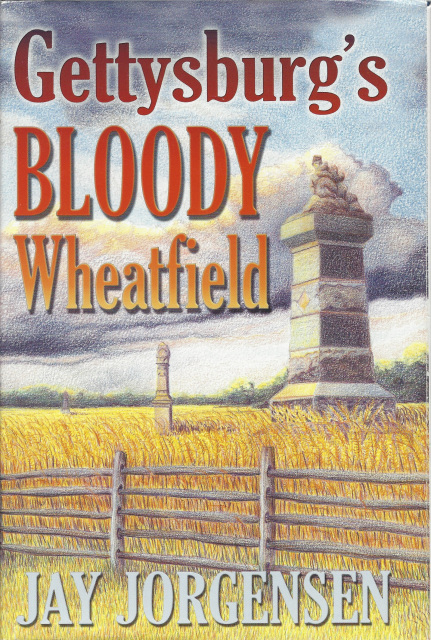 Some of the deadliest fighting of the Battle of Gettysburg took place in the now famous Wheatfield. Confederate General Robert E. Lee sought to defeat Union General George G. Meade's army on Northern soil, as the battle between the North and South raged. Lee's soldiers in James Longstreet's First Corps attacked Federal soldiers from Daniel Sickles' III Corps. For over three hours, six Confederate brigades attacked and counterattacked 13 Union brigades from four different Federal corps. Several generals were mortally wounded and the fighting bogged down into a regiment-by-regiment, man-to-man engagement. When the smoke cleared and the fighting ceased on the evening of July 2, 1863, the 26 acres of wheat owned by George Rose had been destroyed, with the dead and wounded strewn all about.

Neither side gained control of the ground, but many men gave their lives trying. The action has long been overlooked by in-depth analysis, in large part due to the confusing nature of the fighting. Jay Jorgensen sifts through the smoke and haze and provides readers with a much needed narrative of the Wheatfield fight.