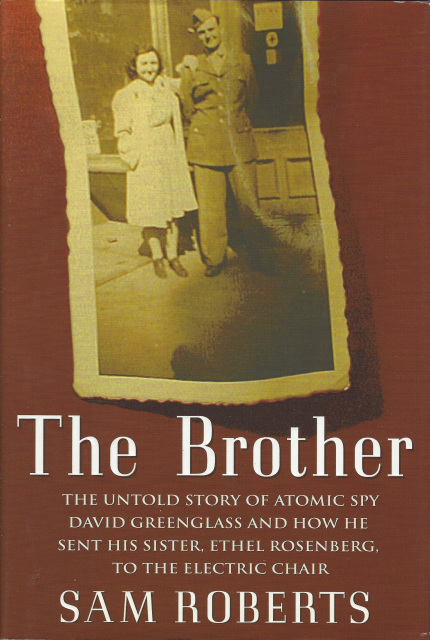 In 1951, Julius and Ethel Rosenberg were tried for and convicted of conspiring to steal atomic secrets. In 1953, their execution tore America apart. Fifty years later, the acrimonious debate over the Rosenbergs' guilt, and the raw emotions unleashed by a case that fueled McCarthyism and the cold war, still reverberate.

One man doomed the Rosenbergs: David Greenglass, Ethel Rosenberg's brother, the young army sergeant who spied for the Soviets at Los Alamos during World War II and whose testimony later sealed his sister and brother-in-law's fate. After serving ten years in prison, he was released in 1960 and vanished.

But Sam Roberts, a New York Times editor, found David Greenglass and, after fourteen years, finally persuaded him to talk. Drawn from the first unrestricted-access interviews ever granted by Greenglass and supplemented by revelations from dozens of other key players in the case -- including the Russian agent who controlled Julius Rosenberg; by newly declassified American and Soviet government documents; and by personal letters never before published, among them one from Albert Einstein; The Brother is the mesmerizing inside story of misplaced idealism, love, and betrayal behind the atomic-espionage case that J. Edgar Hoover condemned as the Crime of the Century.

In more than fifty hours of tape-recorded conversations with the author, Greenglass intimately detailed his recruitment into espionage on Manhattan's Lower East Side, how he spied for the Russians at America's most secret military installation, and how the plot unraveled and led to the arrests of David, Julius, and Ethel.

But even beyond that, this book reveals how Greenglass perjured himself during his riveting courtroom testimony -- testimony that virtually strapped his sister and brother-in-law into Sing Sing's electric chair.

Delivering a narrative punch on every page, The Brother is the story of a family. It is a story of atomic espionage. It is the story of the trial that turned a nation upside down and that even now divides the American left. Convincingly and with authority, The Brother tells a tale driven by secrets, suspense, and intense human intrigue.