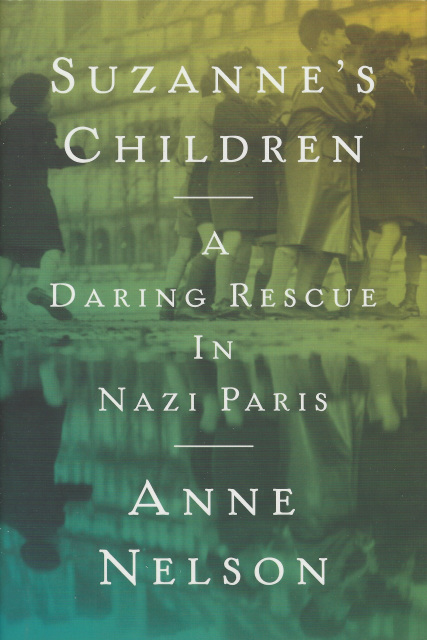 This is one of the untold stories of the Holocaust: The inspiring story of Suzanne Spaak and her audacious rescue of hundreds of Jewish children from deportation from Nazi Paris to Auschwitz.

Spaak was born into the Belgian Catholic elite and married a member of a leading political family. Her brother-in-law was prime minister. Her husband, Claude, was playwright and patron of struggling artist Rene Magritte. In the late 1930s in Paris, Suzanne forged a strong friendship with a Polish Jewish exile, Mara Sokol, and found her life's purpose in refugee relief. After France fell and the Nazis occupied Paris, she joined the Resistance.

This powerful tale offers a rare and too often overlooked account of the Jewish resistance in France and its desperate efforts to alert the world to the Holocaust. Many members were arrested and executed by the police and the Gestapo. Spaak organized the "kidnapping" of Jewish orphans to rescue them from deportation to Auschwitz.

In the final year of the occupation, Spaak was trapped in a Gestapo dragnet that was pursuing a Soviet agent she had aided.

Suzanne Spaak is honored in Israel as one of the Righteous Among the Nations. This is her moving story of heroism and sacrifice.