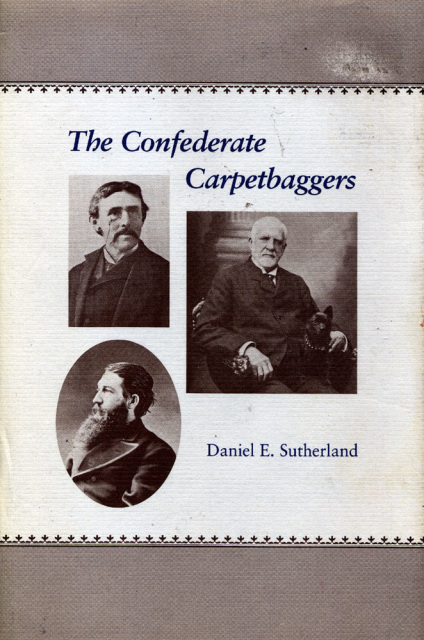 Following the American Civil War, many former Confederates fled their southern homeland. Some became expatriates, settling in Canada, Europe, Mexico, South America, and Asia. Others migrated to the western United States, seeking fresh starts in the newly forming territories. But a third, somewhat more audacious group invaded the land of their Yankee foe. Settling in northeastern and mid-western towns and cities, these "Confederate carpetbaggers" believed that northern economic and educational opportunities offered the quickest means of rebuilding shattered fortunes and lives.

In The Confederate Carpetbaggers, Daniel E. Sutherland examines the lives of those southern men and women who moved north between 1865 and 1880. Dealing with their various motives for moving north, problems of adaptation to northern society, attempts to find new identities, and efforts to maintain personal ties with other Confederates in the North as well as with old friends in the South, Sutherland provides a detailed and illuminating account of the contributions these displaced southerners made to the financial, literary, artistic, and political life of the nation.

The principal characters in Sutherland's story are Burton Norvell Harrison, who served as private secretary to Jefferson Davis, and his wife, Constance Cary Harrison, a popular belle in war-time Richmond. In 1867 the Harrisons moved to New York City, where they remained for four decades. Their exploits, beliefs, and emotions serve as a prism through which to view the successes and failures of other Confederate carpetbaggers. Although some emigrants returned to the South after brief, unpleasant northern sojourns, others spent the remainder of their lives in the North. Some became millionaires; others suffered poverty and ill health. Some became famous; most settled into tolerable, unobtrusive lives as productive citizens in a reunited nation.

Sutherland's study breaks new and significant ground in explaining the complexities of Reconstruction and late nineteenth-century American life. Traditional approaches to Reconstruction history concentrate on the South, particularly on the plight of freedmen and on the political battle for control of state governments. Some scholars have made passing references to the most prominent Confederates in the North, but until now no one has explored the lives of these men and women in detail. In this entertaining and well-written account, Sutherland suggests that while the Confederate carpetbaggers were relatively few in number, they made significant contributions to American progress in the years following the war -- contributions they might not have made had they remained in the South.